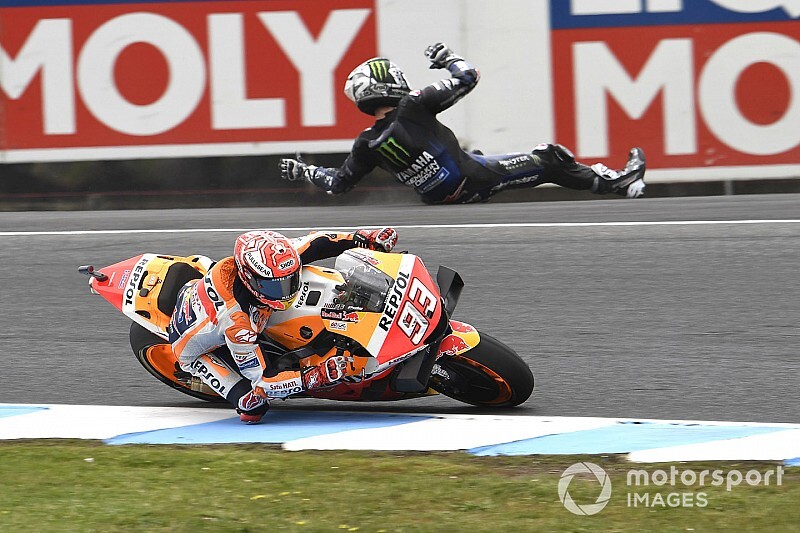 MotoGP dominator Marc Marquez picked up another Rider of the Year presented by Tata Communications win at the Autosport Awards, meaning he remains unbeaten in the category.

Honda rider Marquez had won the prize – voted for by Autosport readers – every year since it was introduced in 2016, and the now six-time premier class champion came out on top again in the '19 vote to claim his fourth Award.

The Spaniard won 12 of this year's 19 races, only failing to record a podium once, and ended up more than 150 points clear of his nearest challenger in the points.

While Marquez could not attend the Awards as he is getting married, he was united with his trophy at the end of his MotoGP campaign and record an acceptance speech.

"Sorry I can't be here at the Autosport Awards, said Marquez. "I want to say thanks for this trophy for Rider of the Year. It's special to win this again. I want to thank everyone and my teams for this."

Marquez's competition for the Award was the most diverse yet. While World Superbike champion Jonathan Rea again made the shortlist, rookie sensation Fabio Quartararo was the only other MotoGP nominee after a rousing campaign that yielded pole positions and podiums on a year-old satellite Yamaha.

Reflecting road racing's increased coverage on Autosport.com, that discipline also had a presence on the shortlist for the first time – with 'king of the roads' Peter Hickman receiving a nomination following his three Isle of Man TT wins, victory in the North West 200 and a clean sweep at the Ulster Grand Prix.

Dovizioso surprised to finish as 2019 runner-up