Avintia in the "red zone" amid enforced MotoGP hiatus 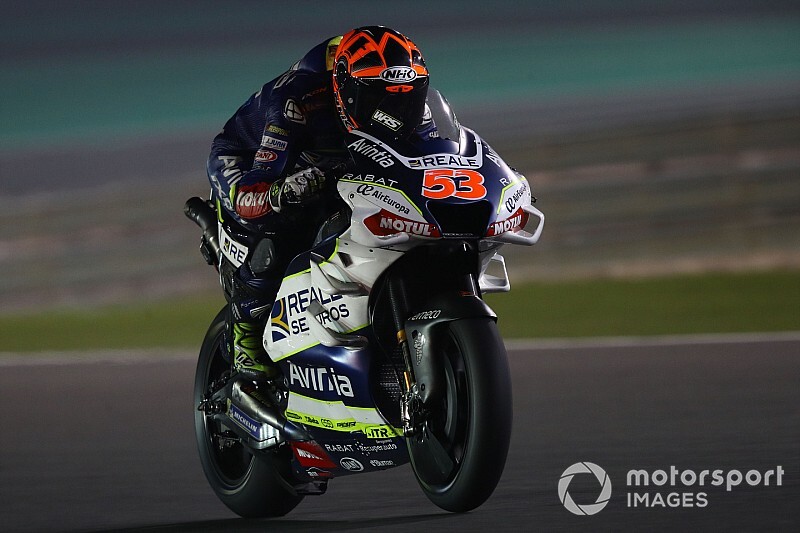 Avintia Ducati team manager Ruben Xaus admits his squad is in the "red zone" financially owing to the lengthy coronavirus-induced delay to the start of the 2020 MotoGP season.

With seemingly no end to the COVID-19 pandemic in sight, the first eight rounds of the 2020 MotoGP schedule have been either cancelled or postponed, which has had a knock-on effect on teams' sponsorship income.

The reduction of this funding has put Avintia in a difficult position financially, says ex-World Superbike and grand prix rider Xaus, especially as it is the smallest team in the premier class and the only satellite outfit truly independent from its parent manufacturer.

"If the championship doesn't start, you can't ask the sponsors to pay," Xaus told Sky Italia. "This is a problem especially for the privateers, because we are weaker.

"A private team is always in a tough situation, but bear in mind Avintia's budget is the lowest in the championship; it's around 11.5 or 12 million euros and 65 to 70 percent of that goes directly to leasing the bikes [from Ducati].

"When the sponsors see the bikes on TV, they are happy to pay you. If they don't pay you, we are missing around 15 percent of the budget, or around 2 million euros.

"Sponsors usually start paying at the end of February or in March, few sponsors pay in advance. In our cases, some sponsors have, which is lucky for us. But it's not a massive amount, it's enough to keep us going for two or three months.

"Today we are in the red zone like the other private teams. We are lacking the budget to lease trucks, rent office space, pay personnel, mechanics, buy supplies."

Avintia however is one of the teams that will benefit from a €9m aid package that has been assembled by MotoGP promoter Dorna Sports to help the paddock's smaller squads weather the crisis, giving it access to €250,000 a month for three months.

Xaus also revealed negotiations are ongoing with Ducati regarding how much the team will ultimately pay for the lease of their year-old Desmosedici bikes, which will depend upon how many races are able to take place once the pandemic subsides.

"Dorna is giving all the private teams a hand and this will allow us to pay the fixed costs, but not for the bikes," Xaus said. "Even the manufacturers understand we cannot pay to lease bikes that are not running on the track.

"We speak to Ducati two or three times a week and they have behaved very fairly. We will agree with Ducati a sum [for the season] based on the length of the championship, the number of engines we use, the material and the logistics."

It's believed to cost a satellite team €4m a year per rider for a package consisting of two bikes, engines, aero, spares and technical support, but the costs attached to running year-old machinery are around half as much.

Pramac Ducati would be open to Iannone reunion