World Superbike racer and sometime Moto2 race winner Jordi Torres will make his MotoGP debut next weekend at Aragon in place of the injured Tito Rabat.

Torres, 30, currently races for the MV Agusta team in WSBK and is a veteran of 55 grand prix starts, all in the Moto2 class.

He has a solitary Moto2 victory to his name at the Sachsenring in 2013.

Torres will take the GP16 Ducati that was ridden by MotoGP debutant Christophe Ponsson last weekend at Misano, as Rabat continues to recover from his injuries sustained in his horror practice crash at Silverstone last month.

Like Ponsson, Torres will go into his maiden premier class weekend with no prior mileage on a MotoGP bike, albeit with much more experience under his belt than the Frenchman whose lack of pace was deemed "dangerous" by some of his rivals.

"First of all I want thank the team for this opportunity," commented Torres. "Right now I am excited but also terrified, but it is always a challenge to be able to try a MotoGP bike for the first time.

"I really want to try the bike and see how I evolve. I know that the championship has a very high level and in a race weekend it is very difficult to assimilate all the things you need to be fast, but I will try to learn as much as possible and take advantage of my experience.

"I think it’s something positive, I know the team very well and I will try to put everything, and we will see what comes out during the weekend. It’s more difficult than the people think, but I’m going with a positive attitude and looking forward to get the best out of this opportunity."

Speaking to MotoGP.com, Rabat said he would be aiming for a return to MotoGP race action in Thailand on October 7, two weeks after the Aragon round.

"I’d really like to go to Thailand, I believe that I can be there, but the doctors have the final say, they’re taking care of my leg.” 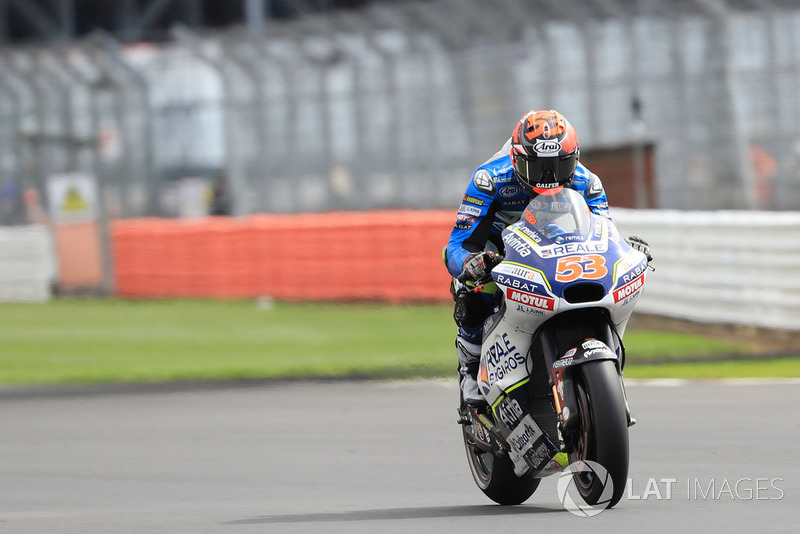