Avintia has become the first on the 2021 MotoGP grid to unveil its colours for the new season, with the team sporting a new look with its all-rookie line-up. 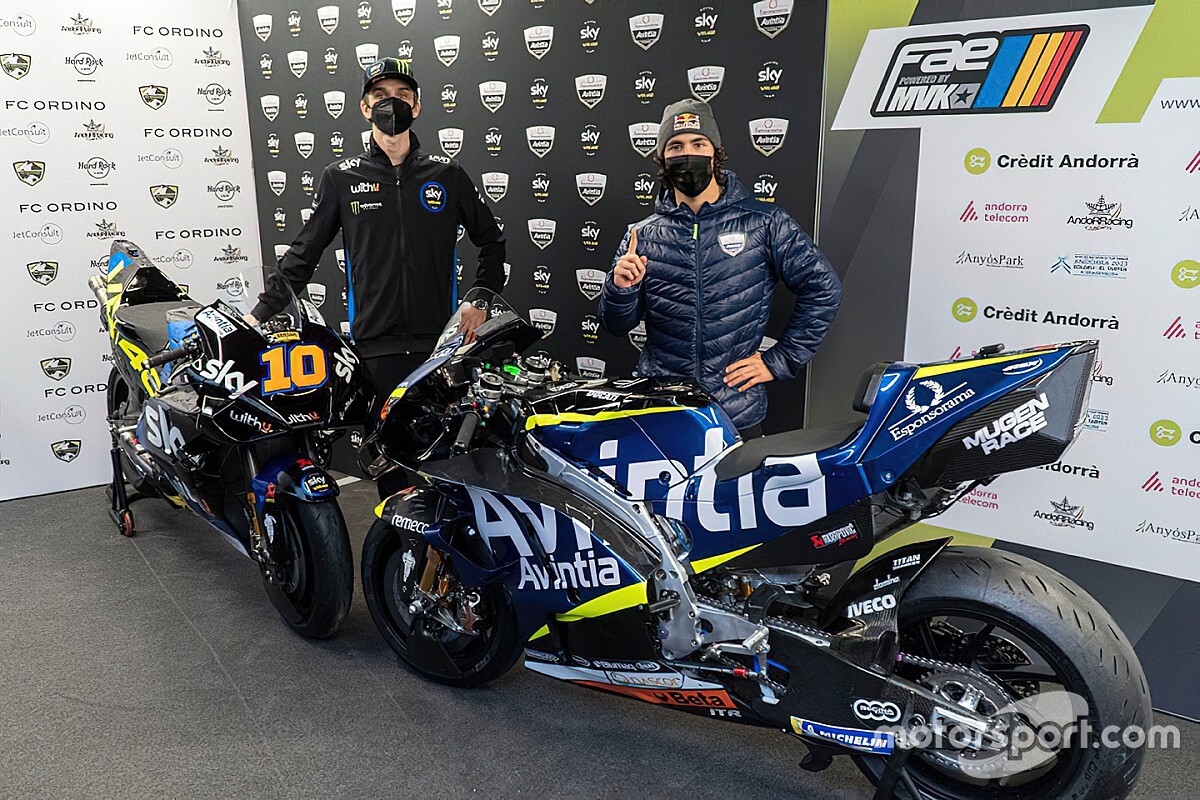 Marini – half-brother to MotoGP legend Valentino Rossi – will be backed by the VR46 team in his debut season, and will run the outfit's livery, having unveiled it during Italy's version of the X Factor late last year.

Bastianini's 2019-spec Ducati will be run in revised Avintia colours, unveiled at the team's virtual launch event on Instagram on Friday evening.

The team will continue to have some technical support from Ducati, though both riders will be on two-year-old bikes owing to the freeze on engine development brought in as part of COVID-19 cost-saving measures.

Avintia's future beyond the 2021 season remains unclear, with team owner Raul Romero admitting to Motorsport.com last year he will not renew with Dorna Sports for 2022 and beyond.

This came amidst speculation VR46 could take over Avintia's grid slots for 2021 – something which will be easier in 2022 at the dawn of a new contract period between MotoGP and the teams.

With Marini running VR46 colours and elements of the VR46 team set to join him at Avintia this year, this only strengthens the team's prospects of stepping up properly in 2022.

From here, the launches come thick and fast, with the works Ducati squad the next to show off their 2021 colours 9 February, before KTM unwraps its factory and Tech3 liveries on 12 February.

The 2021 MotoGP season is due to start on 28 March with the Qatar GP, with a second race at Losail added to the schedule following the postponement of the US and Argentine GPs due to the COVID-19 pandemic.

Honda to remain in MotoGP for five more years