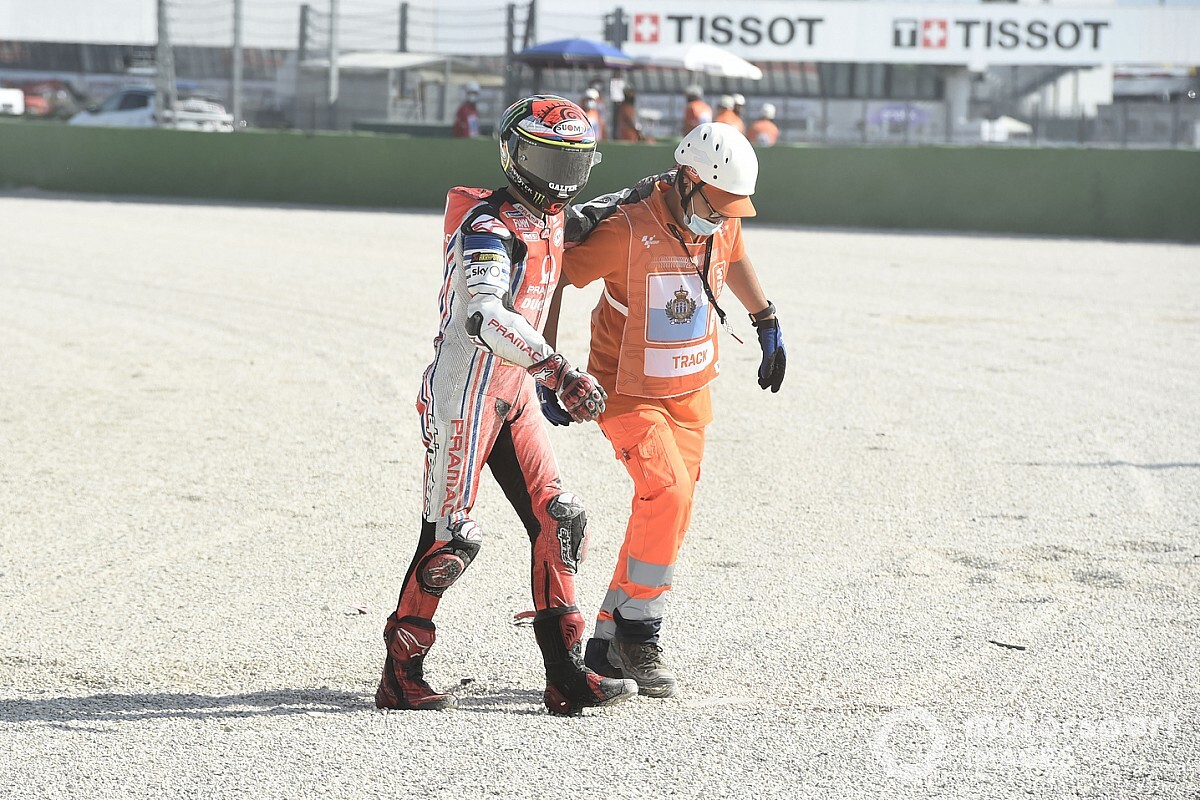 Francesco Bagnaia thinks his crash out of a commanding MotoGP Emilia Romagna Grand Prix lead was caused by a visor tearoff or “something dirty on track”.

The Pramac rider took the lead on lap six and quickly built up an advantage of over one second to the chasing Yamaha of Maverick Vinales.

By lap 21, Bagnaia was 1.3s clear and controlling the pace when he crashed going through the Turn 6 left-hander, gifting the win to Vinales. Bagnaia believes something on track caused the fall because the data shows he did nothing differently from the lap before.

“The first thing when I crashed was I really wanted my bike to come to the box soon to see what happened, because it was too strange the crash,” he said. “I was completely under control with my gap to Maverick. I was controlling the pace and he was pushing a lot for sure, and I was going very smart to control the gap.

“The only thing I can think is this, because if it’s not something like this I’m a little bit scared for the next races because crashed like this without any advice from the lap before is [worrying].”

A tearoff also caused problems for Bagnaia’s team-mate Jack Miller, who revealed on social media the one of Fabio Quartararo’s visor rip-offs got sucked into his Ducati’s air filter on lap two and forced him to retire.

Bagnaia was denied pole position on Saturday when he exceeded track limits in qualifying, and says this was much easier to accept as it was his own mistake.

“[It hurts] a lot, because for the first time I was very strong in every session,” Bagnaia continued. “Yesterday I lose the pole position because I touched the green [runoff].

“And that was normal, because when you touch the green you lose the time. But today I’m not happy because losing the race like this is very disappointing.”