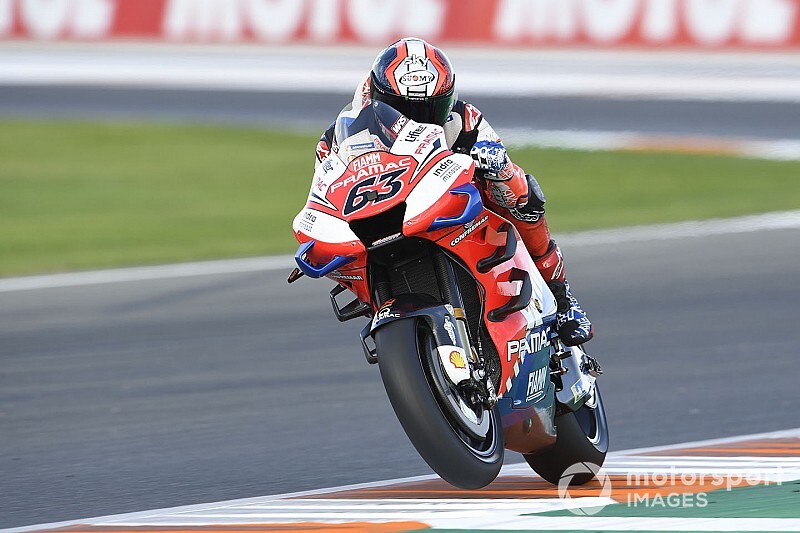 Bagnaia's fall occurred in the closing stages of FP3 on a cool morning at the Ricardo Tormo circuit, the Italian appearing to go over the handlebars as he left the pits.

He took a blow to the head in the crash, and at the trackside medical centre it was established he had suffered concussion as well as a fracture to his left wrist.

Consequently the Italian was declared unfit to take part in qualifying on Saturday and his participation in Sunday's season finale is in doubt.

Dr. Michele Zasa of the Clinica Mobile said: "Pecco [Bagnaia] is conscious and is generally well, considering the crash. He suffered a concussion, and so he doesn't remember the crash. He also has pain in his wrist and there appears to be a compound fraction of the ulnar styloid.

"At the moment he is declared unfit, but we will have to check the results of the CT scan [at hospital]. Even if it is negative, it doesn't mean he can race tomorrow; it will be the medical director at the circuit who has the final say.

"It is quite unlikely he will race, also because of his wrist which is causing him pain."