Pramac Ducati's Francesco Bagnaia says his strong Andalusian Grand Prix weekend has made him feel like a “fully-fledged MotoGP rider”, after a technical issue cost him a maiden podium.

Bagnaia was the top Ducati runner in qualifying after securing his first front row start in third, and found himself in second spot after passing the struggling factory Yamahas of Valentino Rossi and Maverick Vinales mid-race.

He then managed to open up a gap of 2.4 seconds over third place by lap 19 before being forced to pull out when his GP20 started smoking.

Having gone well at the Spanish GP last week, Bagnaia’s form comes at an opportune time as Ducati is yet to finalise its line-ups at its works squad and Pramac for 2021.

Asked if his Andalusian GP performances could put him in the frame for the seat currently occupied by Andrea Dovizioso, Bagnaia said: “At the moment we are concentrating on going fast, and knowing that I was the first Ducati during the whole weekend has given me a lot of strength, but we think of [continuing] working as we did this weekend.

“If the official [Ducati] team chance came, I would be very happy. But now I don't want to think too much about it. One nice thing about this weekend is that I felt like a fully-fledged MotoGP rider, really strong.”

Bagnaia dropped places off the line because he “was not a magician” at the start, and feels this cost him the chance to stick with runaway leader and eventual winner Fabio Quartararo.

“I saw from the riders that I was in front of that I was faster and that my pace was more similar to that of Quartararo’s,” Bagnaia added. “Given the situation, I tried to pass Jack [Miller] immediately, but I risked falling, so I took it more calmly.

“When I started to see that the others were also starting to work hard and I had much more [pace], I slowly tried to pass them. Once in front of Vale, I saw that without doing anything more I could go away.

“Then I started to feel that the bike was pulling back a bit, but after four laps it really went, they gave me the black-and-orange flag and I had to stop.

“My pace was very similar to that of Fabio. In my opinion, obviously pushing enough, we would have been able to stay with him, then we have to see how much we [would have] pushed him.” 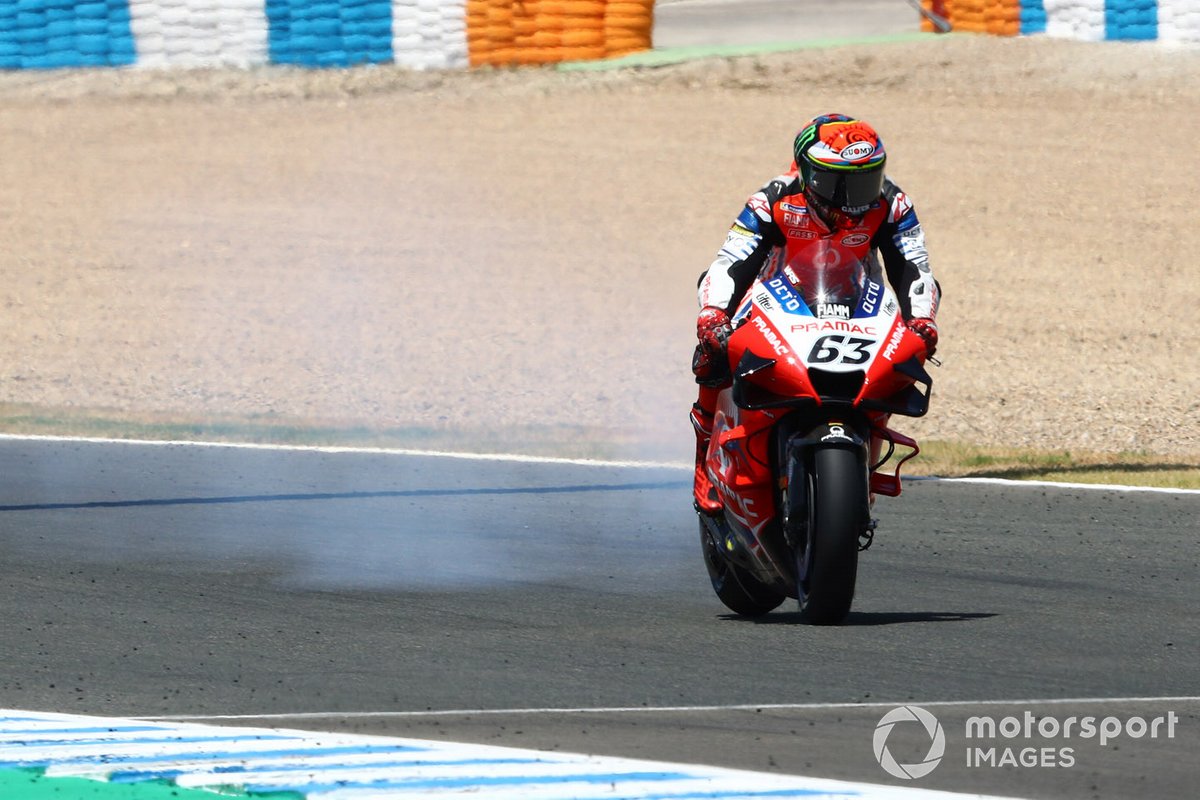