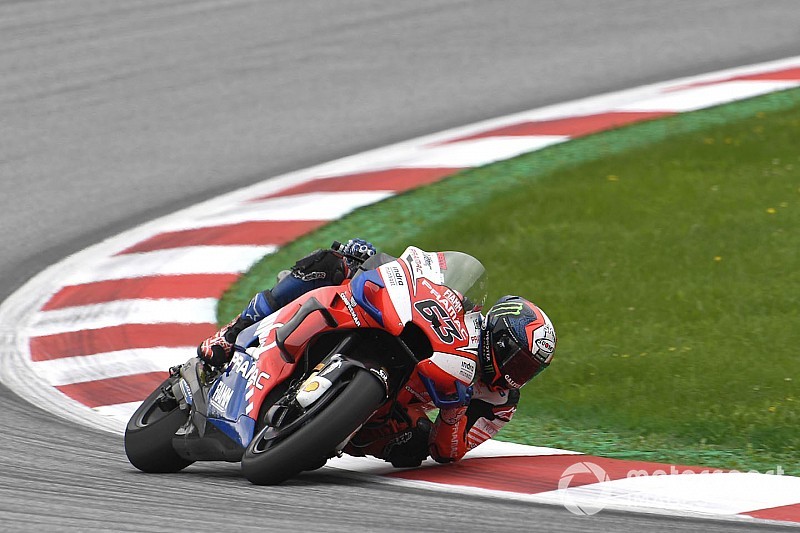 Pramac Ducati rookie Francesco Bagnaia has described his weekend in Austria as his "first true grand prix" in MotoGP, after securing a season-best seventh place in the race.

The Valentino Rossi-tutored reigning Moto2 champion has endured a mixed debut campaign in the premier class so far, with five retirements leaving him last of MotoGP's four newcomers in the current standings.

But after making good progress in the post-Brno test, Bagnaia had a strong showing at the Red Bull Ring, recovering from a technical issue in FP3 to advance from Q1 and put his bike fifth on the grid, before converting that to seventh in the 28-lap event.

"Best result of the year, closest gap to the front of the year, and I think that this weekend can be the base for the next ones," Bagnaia summed up. "Very happy about the work done.

"We can be happy, because it's the first true grand prix that we make, I think, because every time, every day in the FP1 or in FP3 we were disappearing on the other weekends, and this weekend we were more constant."

Bagnaia says he views this result as a potential turning point for his 2019 season.

"All the first part of the season we have done a lot of up and down, a lot of crashes, and after the crash in Brno [in FP1] we say to start again, from zero, with the base setting of the first test.

"And we have continued in this direction, and we are working very well, I think, with more calm, and I think this has been the key to being constant this weekend."

Morning rainfall and cooler weather complicated Bagnaia's grand prix, as the Italian felt a relative lack of grip and began to struggle with his rear tyre in the final stretch.

He nevertheless held off the Tech 3 KTM of Miguel Oliveira in the end, finishing two tenths clear of the Portugese rider.

Asked by Motorsport.com how it felt to be battling his former Moto2 rival Oliveira again, Bagnaia said: "Yeah, has been nice, no? I was thinking that was [Danilo] Petrucci, but when I see that it was Miguel, I started thinking 'oh, wow, if I beat again him, it's better'.

"He was arriving very very fast, and I tried to not let him pass me. It has been a nice battle." 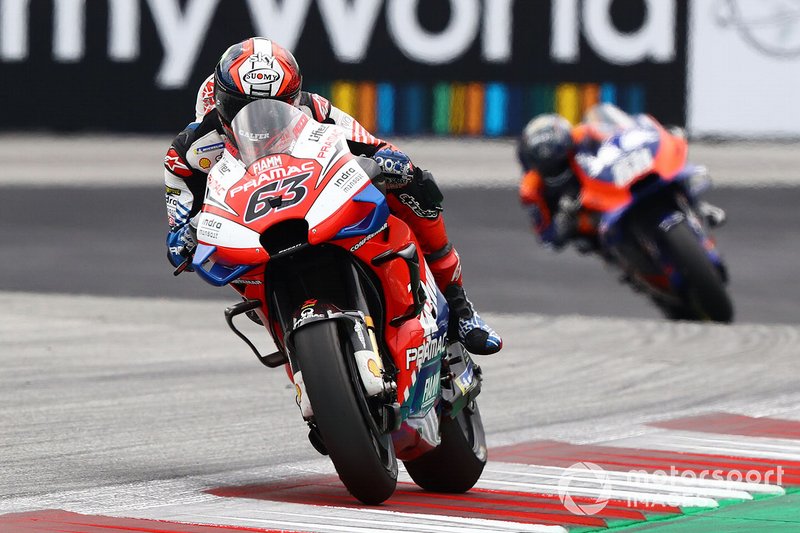