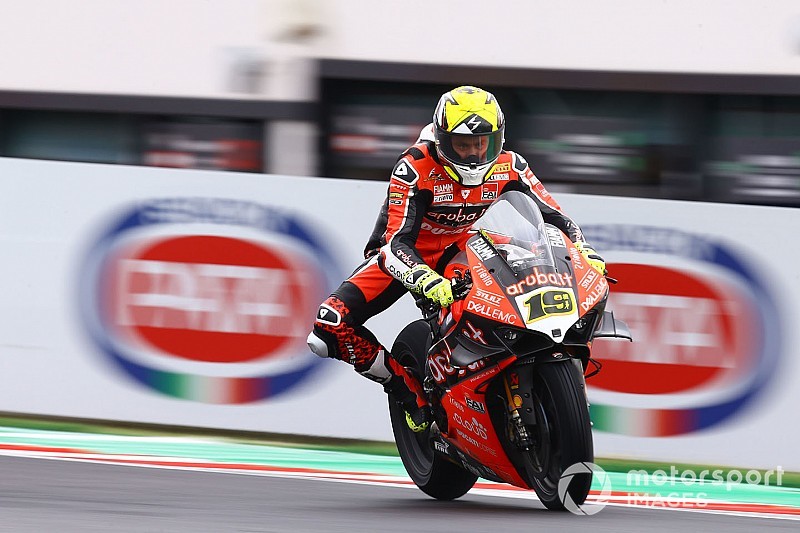 Ducati World Superbike rider Alvaro Bautista says the door back to MotoGP in 2020 "is more closed" now, as the marque looks set to retain its current line-up.

Bautista stepped over to WSBK on Ducati's all new Panigale V4 R at the start of this season, and currently leads the standings by 16 points having won 14 of the 19 races run so far.

It was rumoured the former Nieto rider had a clause in his contract that would guarantee him a return to MotoGP with Ducati should he win the title in the production-based series, though team boss Paolo Ciabatti previously told Motorsport.com he saw "no sense" in removing him from its WSBK project.

Ciabatti also confirmed Ducati would be offering Mugello race winner Danilo Petrucci a new deal for '20 alongside Andrea Dovizioso, with the Pramac line-up of Jack Miller and Francesco Bagnaia set to remain as is.

"We were waiting for an opportunity to come back to MotoGP," Bautista said at the Misano WSBK round.

"So they want to keep things like this. So we'll see. I hope to have something [agreed to stay in WSBK] this month, also because for me it's one less thing I have to think about.

"I didn't speak before with [manager] Simone Battistella, but now is time to do it and see which ideas Ducati [have] for the future because one thing is clear: they made a bike – okay, I go fast [on] – but the other Ducati [riders] are struggling.

"For next season, Honda wants to come with a competitive bike, also Kawasaki and Yamaha is improving.

"So I have to see how the technical programme is for next season [before committing]."

While current world champion Jonathan Rea has a contract in place at Kawasaki for '20, current teammate Leon Haslam does not, with several names from the MotoGP paddock linked.

Current Avintia rider Tito Rabat – who is out of contract with the customer Ducati team for next year – is rumoured to have been eyed up by the Provec-run outfit, likewise Marc VDS Moto2 duo Alex Marquez and Xavi Vierge.

Avintia's sporting director Ruben Xaus confirmed during the Barcelona weekend the team is considering Marquez as an option for next season, with the Moto2 points leader originally linked to Pramac.

However, Marquez admitted after his third-successive win of the '19 season in Barcelona he has no idea of his future plans, and is happy to remain in Moto2 for one more year should he need.