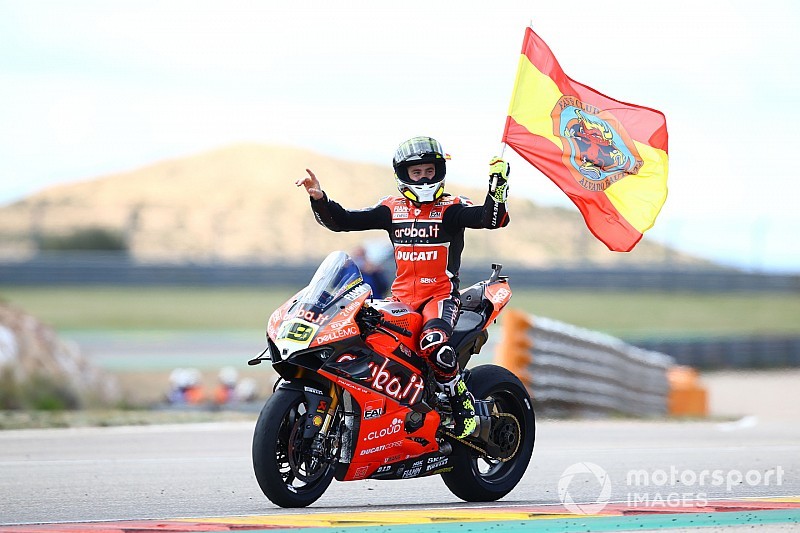 Alvaro Bautista says he would only consider offers from factory teams to return to MotoGP after winning the first nine races of the new World Superbike season.

Ducati rider Bautista notched up a third hat-trick of wins on his home WSBK round in Aragon last weekend, continuing his perfect start to the campaign aboard the new V4 R bike.

That followed similarly dominant displays in the opening two rounds at Phillip Island and Buriram, meaning the Spaniard has a 39-point over defending champion Jonathan Rea - who has finished second in all nine races so far.

Bautista switched to Ducati's factory WSBK team after losing his seat with the Angel Nieto team in MotoGP at the end of last year, ending a nine-season tenure in the premier class.

The former Suzuki and Aprilia rider says only works offers from the world of grand prix racing would tempt him to return to the fold, given his WSBK success.

"Right now I do not miss it [MotoGP]," said Bautista in an interview with Spanish radio newtork Cadena SER. "I would only go back if it was on a factory bike.

"I would like to have a competitive bike in MotoGP, which is where most of the factory effort goes. To suffer as I did before, I don't want that now."

He added: "Apart from the bikes, the atmosphere inside the [WSBK] paddock is very different. This is more family-orientated, healthier and more human.

"There is a very good feeling among the riders, the difference is very noticeable, and the fans can get very close to the riders."

Bautista added that his "incredible feeling" with the V4 R - which is also being used by his factory teammate Chaz Davies and satellite Ducati riders Michael Ruben Rinaldi and Eugene Laverty - was making his success look much easier than it is in reality.

"From the outside it may seem easy, but it's not," he said after his third Aragon win. "The laptimes that are being made are very fast and it's not easy at all.

"The important thing is that, I'm having a great time with the bike. I'm enjoying every corner, every practice, every race. I have an incredible feeling and confidence with the bike." 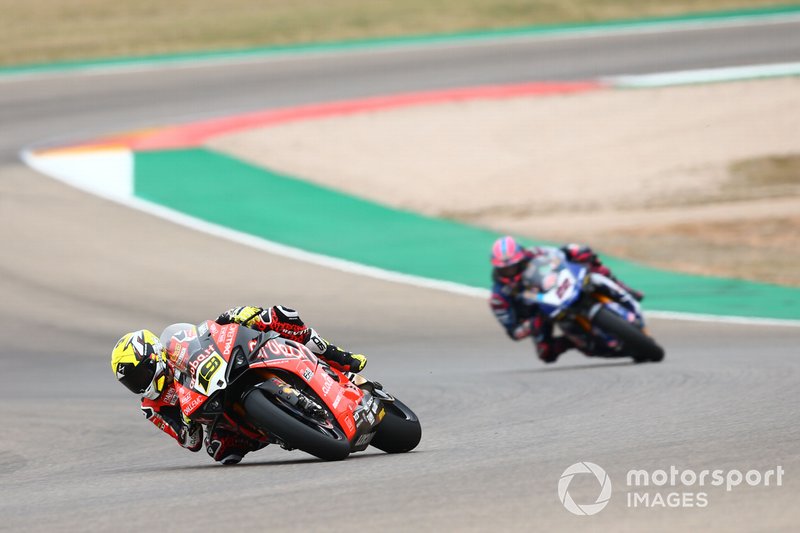 Rea: Kawasaki has been too "nervous" with set-up