Baz: Still time for me to get back to MotoGP 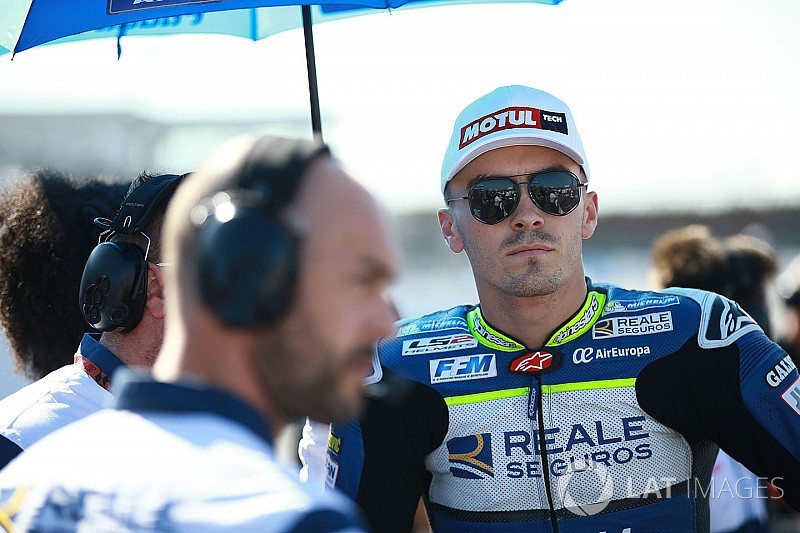 Loris Baz says he will have chances to return to MotoGP in future despite being dropped by the Avintia Ducati squad for the 2018 season.

Baz's three-year MotoGP stint will come to an end after 2017, the Frenchman having been unable to renew his Avintia deal with Tito Rabat and Xavier Simeon joining the team instead.

With no more available seats in MotoGP left, Baz will be forced to leave the series next year, and is focussed on securing a return to World Superbikes.

But, being only 24, he reckons he will have time to return to MotoGP in the future, and highlighted Valentino Rossi's competitiveness at the age of 38 as evidence that time is on his side.

"I’m only 24 years old, I have time to come back [to MotoGP]," Baz told Motorsport.com. "There is a guy at Yamaha [Rossi] who shows you can ride until you are 40 years old, and maybe even more.

"We were trying our best to stay here, it didn’t work this time. It’s a shame because we had a great season with the team. I’ve been showing some good potential with this bike [2015-spec Ducati].

"But I understand what the team were looking for, the problems they have to close the budget for next season.

"Now I just want to finish the season and enjoy riding this bike, and look for the best ride for next year."

Many options in WSBK

Baz raced in WSBK for three seasons prior to joining MotoGP, winning two races with the works Kawasaki squad and taking a best finish of fifth in the points in 2014.

Asked about his options for rejoining the series, he singled out joining the struggling works Honda Ten Kate team as an option that appeals in particular.

"The project from Ten Kate would be cool," he said. "I’ve ridden for them in the past [in Superstock 1000 in 2011] and they are a winning team, a world champion team.

"What they are doing now is not the true potential of the team. It would be a great challenge to go with them and work with them to make them a winning bike again."

But Baz said he was open to joining any of the teams yet to settle on a 2018 line-up, adding: "The two winning bikes this season [Kawasaki and Ducati] are already closed for next season, but we are talking all the other teams.

"All the riders that didn’t close both riders are an option right now, because of what I did in the past in Superbike.

"Four years ago I was already winning a race and was a consistent podium contender. I was much younger and slower than I am now."

Honda has yet to confirm either of its 2018 riders, but MV Agusta's Leon Camier has been mooted as a possible teammate for Stefan Bradl.

Leon Haslam was also linked to a WSBK return with Puccetti, but ultimately decided on staying with his current Bournemouth Kawasaki squad in British Superbikes.