Binder was "lost" on KTM before following Pedrosa

This year’s Moto2 runner-up Binder will make contest his debut MotoGP season with the works KTM squad, having been promoted from the Tech 3 team he was set to ride for in place of the ousted Johann Zarco.

Though he briefly tested the RC16 earlier in the year, the two-day post-race outing in Valencia marked his first proper miles on a MotoGP bike.

Commenting on his first experience and where he needs to improve, he said: “It is mainly just the lines and how you pick the bike on the exit of corners.

"The way you use the throttle – it is crazy! You use so much more throttle, even on a GP bike than you do on a Moto2 bike. You think completely opposite. It is really hard to try and work hard in my head and try to improve.

“It’s one of those things; the more I rode, the easier it felt to get to a certain point, but to go faster I kept still doing the wrong things. It made life difficult." 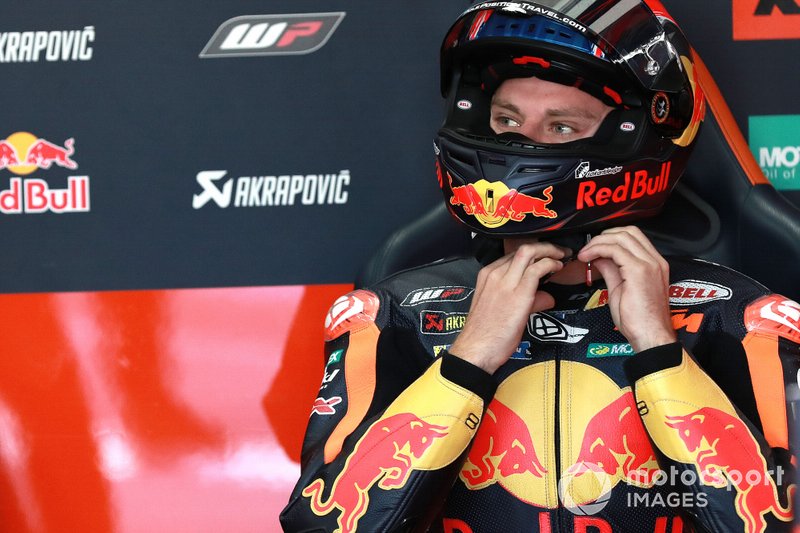 Binder set his best time of 1m32.367s following Pedrosa and says shadowing him allowed him to see “what I was doing wrong”.

“I felt completely lost at one stage and then I got my team to go to Dani and ask if he’ll tow me around a little bit,” he said. “Obviously he was quite happy to help me.

"I was really fortunate, [I set] my quickest lap time behind him. All the things that I saw, that was basically where I noticed what I was doing wrong.

“That is where I really saw how quick he gets around the corners and picks the bike up, whereas I was just going in, going past [the apex] and not doing a very good job.”

Binder went on to admit that he has a way to go before he'll be able to keep up with factory teammate Pol Espargaro, whose riding he described as "insane".

“I did [try to follow Espargaro], but he is still way too fast," Binder admitted. “I can see him for a couple of corners, and then after that he kind of disappears into the sunset.

“Some of the things look insane, but I am sure it’s one of those things that will come with time and I just [need to] find more confidence on the bike.” 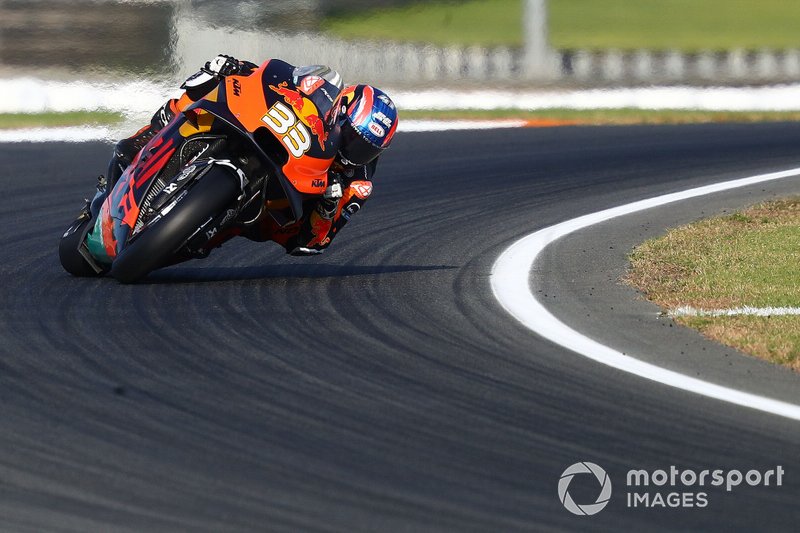