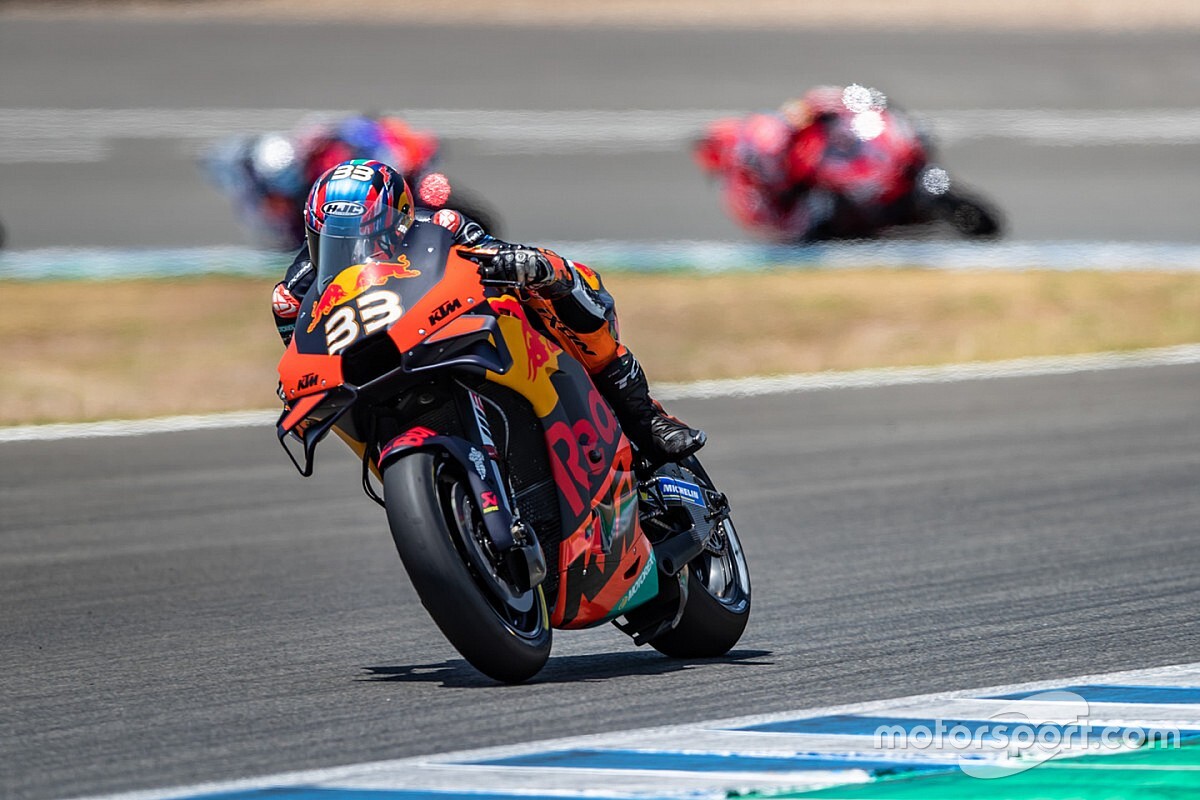 Brad Binder learned in his debut MotoGP race last weekend at Jerez that premier class riders aren’t the “superheroes” they seem and now believes he “deserves to be here”.

KTM rider Binder finished his debut race in 13th place, but displayed podium pace after running off track in the early stages out of the top 10.

Later admitting his mistake likely cost him a shot at a top five finish, Binder found the riders around him to be “human” and not the “superheroes” they appeared to be when he was climbing up the grand prix ladder.

As a result, he says is “a lot more chilled” ahead of this weekend’s Andalusian Grand Prix.

“The biggest thing I learned is that these MotoGP riders are all human,” Binder said on Thursday at Jerez.

“They’re not these superheroes you might think they are when they are coming through the ranks.

“It’s great because I see that I got the feeling that I can do a good job here and I deserve to be here.

“So I feel this weekend a lot more chilled and I’m looking forward to getting started.”

After his strong debut, Binder said he was unlikely to go too deep into changing his KTM’s set-up – though is looking to be able to pick the bike up earlier coming out of corners.

“I feel the bike is working really well at this stage, I know where I need to improve as a rider,” he added.

“It’s definitely that exit of the corners onto the straight. I feel I’m doing a really good job on corner entry, especially getting it stopped.

“But I’m lacking a little bit in this ability to pick up the bike as quick as possible and use the power.

“So that’s what I want to work on, and if I get that right I reckon we can be doing a good job.”

Binder’s start in last weekend’s Spanish Grand Prix made a bit of MotoGP history, as he became the first South African rider to start a premier class race since Shane Norval back that 2000 Catalan GP.