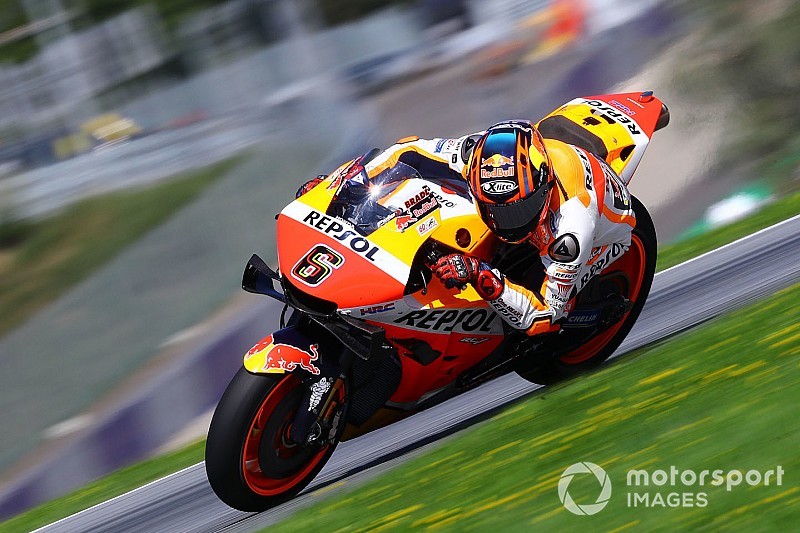 Bradl, making his third successive start for the factory Repsol Honda team in the absence of the injured Jorge Lorenzo, finished 13th at the Red Bull Ring after qualifying 21st and last.

The previous week at Brno, the German rider had complained that Honda had given him too much test work to do to be able to make an impact in the race, which he finished 15th.

Despite achieving a marginally better result in Austria, Bradl was still frustrated not to be able to prepare for the race effectively, especially as he went into the race with a completely untried set-up after struggling so badly in qualifying.

"HRC is really happy," Bradl said. "The cooperation is very effective and also very useful. But as a racer you want more, of course.

"I told them what I think of this situation. What can I say? I started the race again with a completely different set-up. But this happened at my request because we were in a deep crisis all weekend.

"In the warm-up we wanted to try the new set-up, but the weather was no help. In the race I rode with a completely different set-up.

"We changed the set-up of the machine radically. Of course it took a while until I had a feeling."

Bradl added that he felt Honda had "underestimated" the impact of constant set-up changes on his race preparations.

"Three points are okay in the end, but the rest of the weekend was not nice and not great for a racer," he said. "Even though I'm a test rider, my motivation and racing spirit are still there. You have to take that into account a little bit for the future.

"I didn't have to test more parts than usual, but the steps were radical. The Red Bull Ring is not a circuit where you feel that very well. In my opinion this was a bit underestimated by HRC."