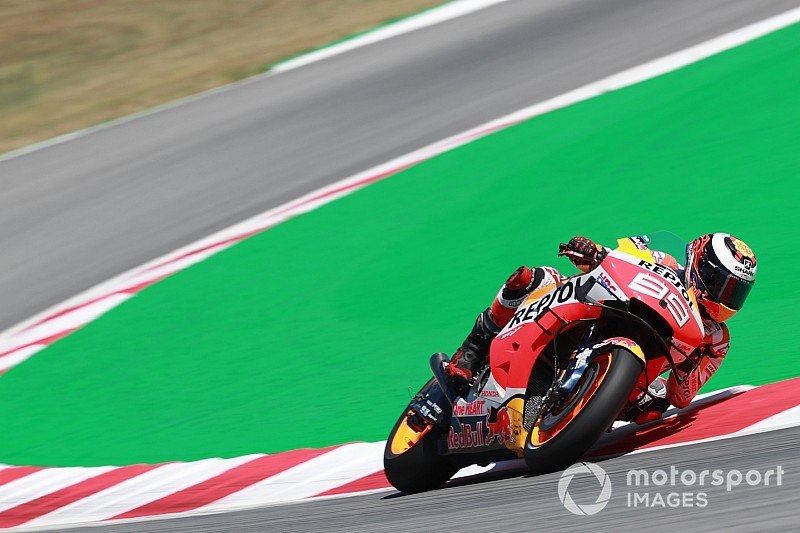 Honda MotoGP test rider Stefan Bradl has backed Jorge Lorenzo in his mission to take the development of the RC213V in a "new direction".

Bradl was speaking while filling in for the injured Lorenzo at the Honda factory squad earlier this month at the Sachsenring, where he finished 10th - matching the result he achieved as a wildcard at Jerez.

Prior to breaking a vertebra in a crash during practice for the Dutch TT at Assen, Lorenzo had spoken frequently of trying to alter the Honda's characteristics to help riders other than Marc Marquez succeed with it.

Lorenzo has yet to record a top-10 finish on the RC213V, and he was already over 100 points adrift of factory teammate Marquez in the standings at the time of his Assen crash.

But Bradl thinks the three-time premier class champion has the tools to make the Honda more suited to his riding style once he returns from injury.

“I think he has the potential to do this [make the Honda easier to ride], because he has a lot of experience of other manufacturers,” said Bradl.

“My experience of other manufacturers is there [with Forward Yamaha and Aprilia] but my riding style when I came into MotoGP [in 2012] I was always adapted to the Honda and this is how I learnt to ride in this category.

“I know very well the Honda and I know also you have to use harder compounds on the front with the tyre. My riding style also is not so bad for this.

“I think Jorge has the power and experience to give HRC maybe a new direction. But at the moment I think he needs to adapt himself also a little bit and then maybe for the future there are some good opportunities.”

Lorenzo is aiming to be fit to return for next month's Brno race after skipping both the Dutch TT and the following Sachsenring round.

Although he said he hadn't personally been in touch with Lorenzo during his convalescence, Bradl praised the Spaniard's motivation to adapt prior to his accident.

"He needs some time to recover and I hope he’s doing this as good as he can, and coming back stronger," said the German. "I wish him all the best because he’s going through difficult times right now.

"He’s pushing hard, he was working hard, his motivation was very high to improve his riding on the Honda. Super-difficult times for him but I think he can come back even stronger." 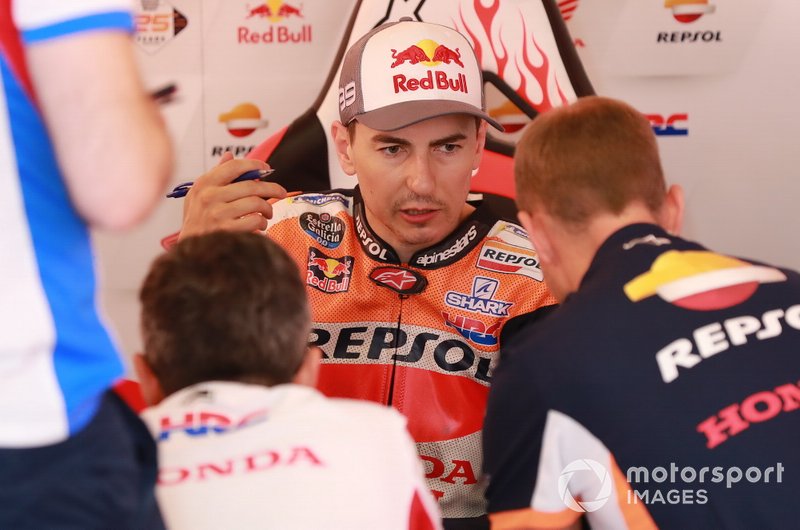