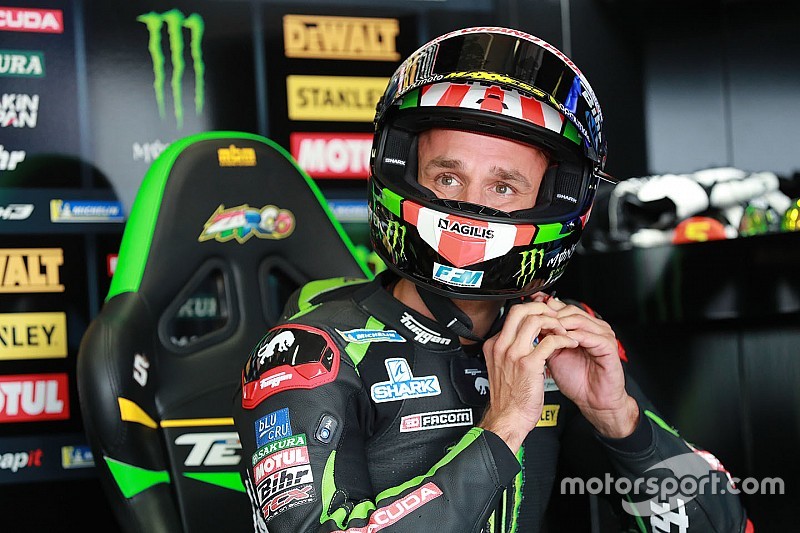 Marc Marquez led the early stages of the 45-minute session after a couple of fastest laps, the Honda rider staying ahead of Dovizioso until the middle part of the session.

The Ducati rider then managed to demote Marquez with a 1m56.720s with 24 minutes on the clock.

Dovizioso stayed in front with that lap until the very end of the session, when Zarco set a time of 1m56.647s - beating Dovizioso by 0.073s.

Valentino Rossi was 0.057s further adrift in fifth on the best of the factory Yamahas, followed by Suzuki's Andrea Iannone.

Next up were Honda duo Dani Pedrosa and Stefan Bradl, who is making his second MotoGP appearance this year as a wildcard after filling in for the injured Franco Morbidelli at the Sachsenring.

Yamaha's Maverick Vinales was a lowly 14th, a little over a second off the pace.

Morbidelli (Marc VDS Honda) and Aleix Espargaro (Aprilia), both returning after skipping the Sachsenring race due to injury, were 22nd and 24th respectively.

Gallery: All Brno MotoGP winners since 2002

Stoner set to give up Ducati test role after 2018