The LCR Honda MotoGP team has revealed the livery that Cal Crutchlow will use for the 2019 season.

In recent years, LCR has operated a policy of rotating its main livery sponsor at different events, but with a white-and-green base to reflect its title sponsorship deal with Castrol.

The Monegasque team unveiled a slightly tweaked design for 2019 ahead of this weekend's Qatar pre-season test with another of its backers, Givi, occupying the most prominent position.

Factory Honda-contracted rider Crutchlow is recovering from season-curtailing injuries he sustained in a major crash at Phillip Island last year, finally making his comeback in the first test of the winter at Sepang earlier this month.

“It’s my fifth year with LCR and I’m very, very pleased with the situation, it’s the longest I’ve ever stayed with any team," commented Crutchlow.

“Obviously I’ve only tried the new bike for three days in Malaysia so far, so it’s a little bit of a different feeling to 2018, but I’m looking forward to continuing to test here in Qatar and prepare for the 2019 season which starts in two weeks."

Crutchlow enjoyed his strongest season to date with LCR last year in terms of points scored, despite having to miss the final three races, taking his third career MotoGP win in Argentina.

On his goals for the 2019 campaign, the Briton said: “My expectation for the season is to try and battle at the front as much as possible.

"I don’t know how long it will take for me to do that because of last season’s injury, maybe it will take me a while to get up to speed, but I expect to be near the front.”

LCR is once again running a second bike this year for Takaaki Nakagami, whose 2019 colour scheme was first seen in Sepang testing, with sponsorship coming from Japanese oil giant Idemitsu. 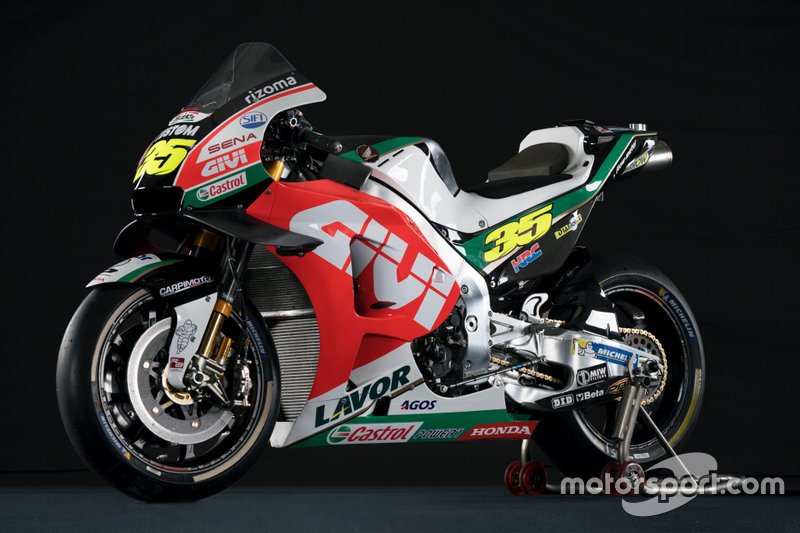