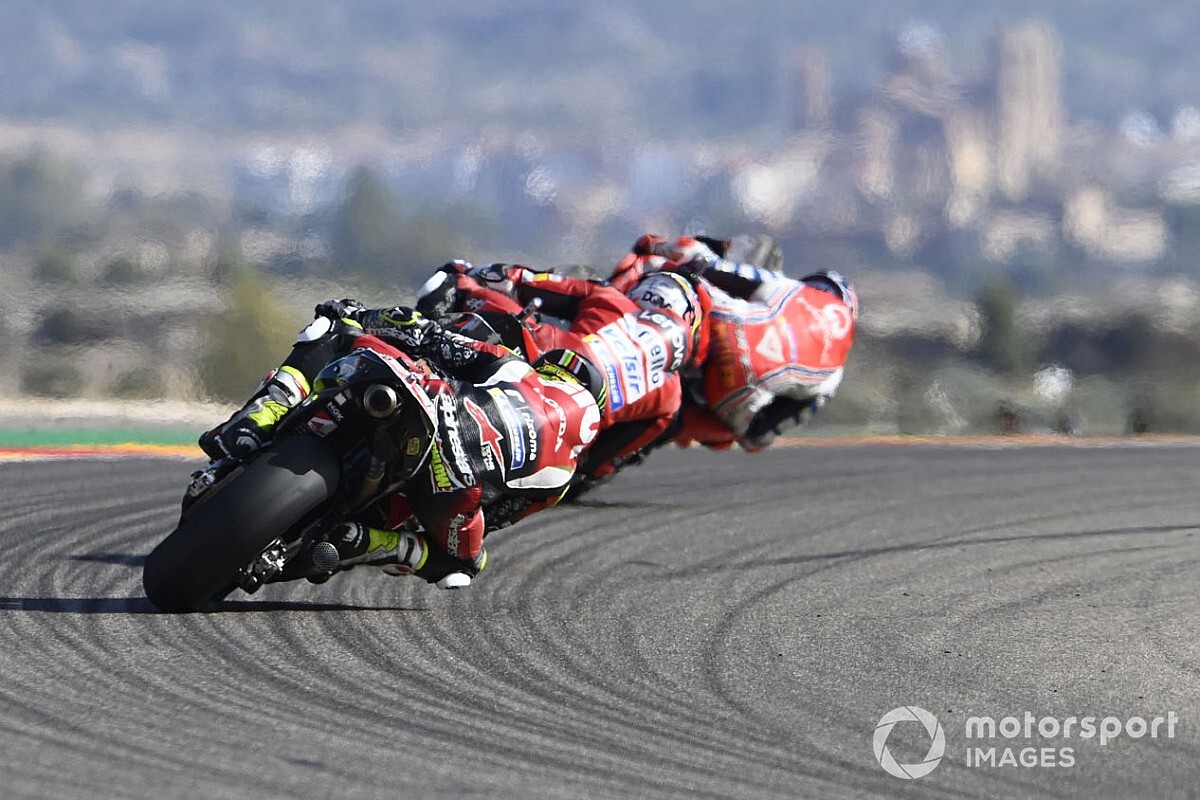 LCR’s Cal Crutchlow says a slipping clutch on the warm-up lap of the MotoGP Aragon Grand Prix almost forced him into starting from pitlane on his spare Honda.

Crutchlow qualified on the front row for the first time since the 2019 US GP last Sunday at Aragon in third, but was swamped off the startline and was 11th at the end of the opening lap.

The LCR rider battled the clutch issue for the opening six laps, before it eventually resolved itself and he came through to finish the race in eighth.

“We had a problem in the warm-up lap, the clutch was slipping on the bike,” Crutchlow explained. “When I shifted to sixth gear, I had a big rise in rpm, and I understood the clutch was slipping. So, I cruised around the last corner and went to the grid. I was very close to pulling into the pits to take the spare bike.

“When I got to the grid I obviously didn’t want to do a good start or a really normal start because this really heats the clutch and then I would have been in big trouble. For the first three laps of the race the clutch was slipping on all the accelerations. Then it got a little bit better, it was slipping on the back straight, coming out of the last corner.

“So then obviously you can’t pass anyone. After three laps it was just slipping from fifth to sixth in the back straight, but obviously you can’t fight. Then around lap six it stopped and I was able to start pushing through, but already at that point I was in 12th position. But I think I did a good job to get back to eighth.”

Crutchlow says his progress through the order was hindered by getting stuck behind several Ducati riders – “on the rocket bike” – and feels he could had a better result than eighth had he been able to get away with the lead group at the start.

“I think I had a good pace but I got stuck behind the Ducatis,” added Crutchlow. “The speed of the bike was incredible, but they were blocking a lot in the corners. But I tried my best today and I’m pleased with how I rode, and I’m also pleased with how I managed the start with the problems I had.

“But I’m disappointed because I think we could have had a good result had we got away in the front. [My arm was] not fantastic, but it was OK. I was not doing bad lap times at the end, the [reason] why I wasn’t doing great lap times was because I was held up by the guys in front of me on the rocket bike.”

Why Rins should have never been doubted

Podcast: Reviewing Aragon as the other Marquez stars

Audi Quattro: The Group B pioneer that transformed rallying forever