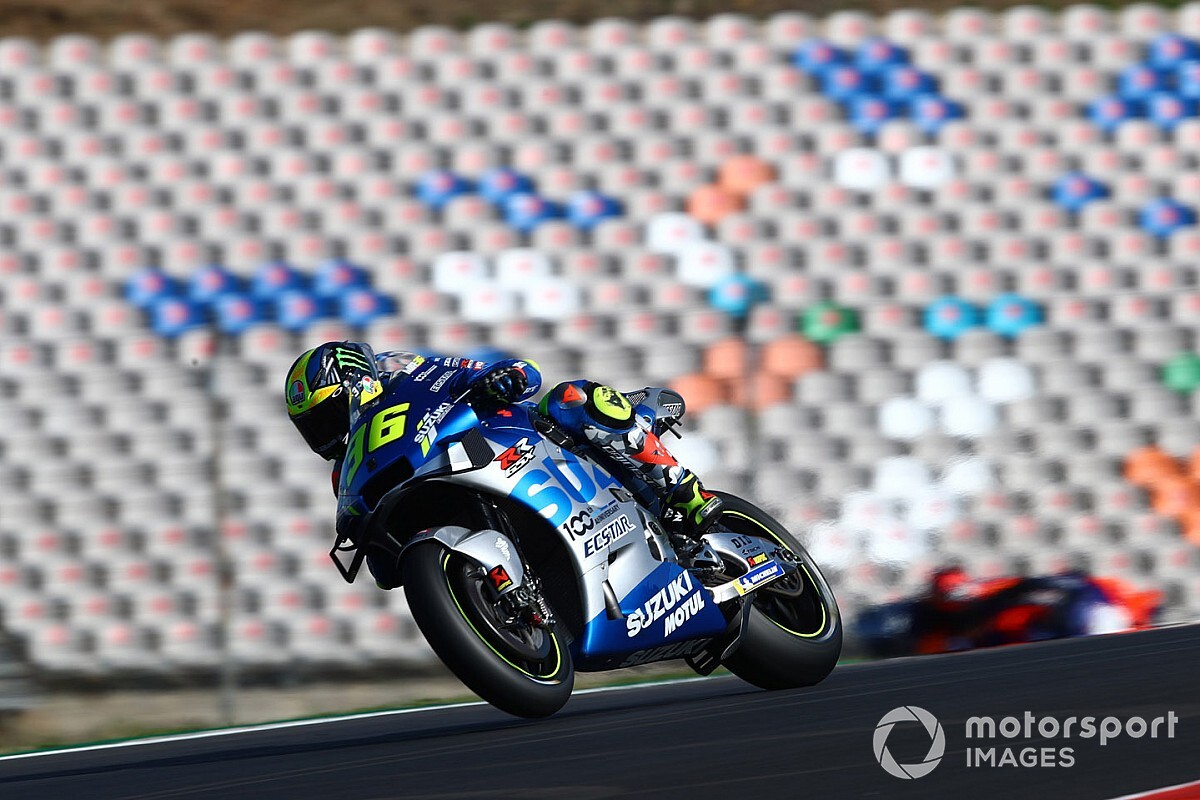 Mir said he felt “no difference” on track, after scoring his maiden MotoGP title – Suzuki’s first in 20 years – in just his fifth season in world championship racing.

The Suzuki rider ended MotoGP’s first outing at the Algarve International Circuit on Friday sixth overall, 0.315 seconds off the best pace set by Avintia Ducati’s Johann Zarco. Mir admits his approach to what he does on track has not changed now he’s champion but admits the pressure on him has been lifted.

“On track there's no difference,” he replied when asked if racing this weekend as world champion altered his approach. “The only difference that is that I have a different type of pressure. The pressure of before was more intense and now I'm more free just to focus on the riding.

“Of course, I want to keep the hundred percent and the pressure that I have is my goal is to give Suzuki the constructors' [title]. So, to get the constructors' we have to make a good weekend. And to do it you have to forget about the world championships and a lot of things, you have to be focused on the riding.”

Mir branded the Algarve track “unbelievable” but has pinpointed electronics as a key area to work on going forward into the rest of the weekend.

“It is an unbelievable track, I enjoyed it a lot,” he added. “What's really important is to fix the electronics, get the electronics to work and to put the setting in a good way, because there's a lot of work to do electronically. But, overall, I feel strong and I feel happy.”

His Suzuki team-mate Alex Rins was 17th after FP2 following a crash during the session, and admits he was “struggling” with some pain on the right shoulder he badly injured at the Spanish GP.

“FP1 was quite nice, we did like a good pace, good rhythm,” said Rins. “FP2 was a disaster because I had this small crash on the beginning of the session in the third lap. F**k, I think it was the first crash on the right side since the injury and I have a bit of pain on the shoulder, but nothing important.

“I was struggling during all the FP2 with this pain on the right corners, but let’s try to a bit of recovery for tomorrow.”

Kvyat was "angry" with Grosjean's move before he saw crash

Vettel: F1 guardrails "not supposed to fail like that"

Verstappen 'not disheartened' by gap to Mercedes

Kvyat was "angry" with Grosjean's move before he saw crash

Vettel: F1 guardrails "not supposed to fail like that"