Cal Crutchlow believes Honda MotoGP team boss Alberto Puig’s outspoken nature is an attempt to “force our hand” and “make us react” to what Marc Marquez is doing.

Ex-500cc rider Puig recently criticised Jorge Lorenzo for lacking “courage and willingness” amid his woeful debut year aboard the Honda, in which he is yet to register a top 10 result and has consistently been the slowest of the four Honda riders on the grid.

Lorenzo refuted these claims, pointing to the number of crashes he has had this year as proof he is pushing.

When asked for his opinion on how Puig operates, LCR rider Crutchlow said: “I don’t think he’s overdoing it [with his comments].

“If you know Alberto as a character or as a person, he’s a fighter. So, he loves what Marc is doing because he’s an animal.

“I don’t think his comments [about Lorenzo] are out of context at all, because he wants to force our hand and make us react to what Marc is doing. Sometimes it can be done, sometimes it can’t. He know the reality also.”

He added: “You’re not fast enough if you can’t beat the other guy. So I agree with his comments.

“But he is also clever enough to know there’s nobody else in the paddock that could probably do what I’m doing, to an extent, or be in that gap [to Marquez].

“I have to tell you, he’s a really, really good boss. He listens, he tries to help us with the requests. He’s good for Marc, he’s good for me. I think he works very will with Honda also.”

Crutchlow concedes Puig can be critical, but says “it’s his job to be” and believes he is “normally very correct” in his assessments.

“I think he’s got enough experience to know the situation of racing and I think that’s one of the reasons why he’s a great manager.

“He tells you the right things and normally he’s very correct in what he says about how the race will go. He has to be critical, it’s his job to be as well.

“The thing is with Alberto, he calls a spade a spade, but, so do I. So, it works very well. So does Marc. I don’t think he comes across as a tough guy… he says the right things.

“But it’s a bit easier for Marc because he’s winning races.” 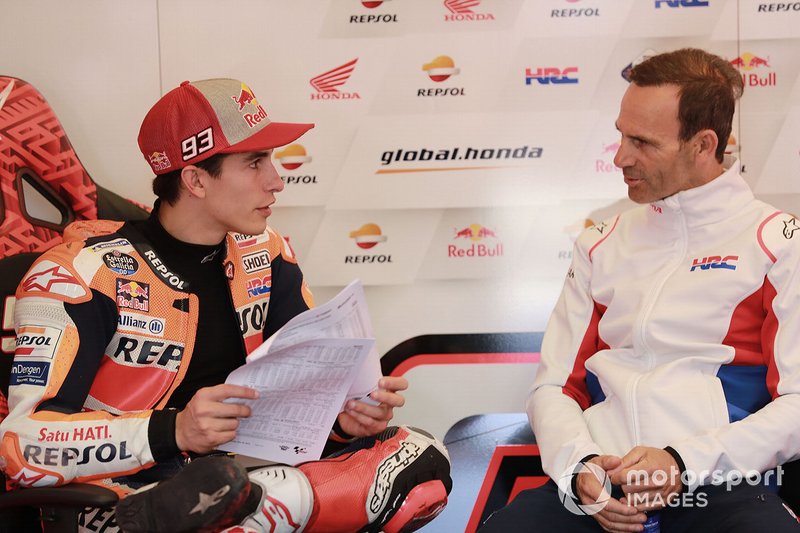 Smith hopes Espargaro can "hold on" at Aprilia