Nakagami's 2019 campaign came to an end with a disappointing run to 16th in his home grand prix at Motegi last weekend, as he is sitting out the last three races of the year in order to undergo surgery on his injured shoulder.

The Japanese rider will continue at LCR for a third season next year on a 2019-spec Honda, while teammate Crutchlow will once again be on the 2020 bike.

Crutchlow, along with beleaguered factory Honda rider Jorge Lorenzo, has repeatedly criticised this year's more powerful RC213V for being difficult to ride in comparison to its predecessor, despite the dominance of Marc Marquez on the same bike.

The Briton said he thinks Nakagami will have an easier time on the bike than he had next year, but admitted he expected his teammate to be stronger in 2019.

"Of course, they are going to continue to evolve the bike, because our 2020 bike is similar to this bike this year," Crutchlow told Motorsport.com. "The ’19 and ’20 bike will be closer together than the ’18 and the ’19.

"He’s getting a good bike. The bike is difficult to ride at the moment, but they will develop that thing, same as they are doing with the ’18 bike.

"It’s difficult to say, but he needs to get results next year as well. I expected him to be stronger this year than he has been, especially after his Mugello result [fifth place].

"I would have thought he would be getting podiums on the championship-winning bike of last year. But I do think he is getting stronger and he’ll be difficult to beat next year."

The high-water mark of Nakagami's year came at Mugello, where he beat Crutchlow to finish fifth, but he has struggled for form since the Assen crash that left him with shoulder pain, something he said was giving him major trouble at Motegi.

Asked to rate his own season after the race, Nakagami said: "Around six [out of 10]. Some races I feel I can show a little better, and some races, like in Mugello for example, I didn’t expect P5, but of course since Assen the performance is down.

"Of course disappointed to finish like this, but at the end it’s not a bad season, especially the beginning. Hopefully next year we can show our real performance."

Nakagami had made it clear earlier in the season that he would push Honda to be upgraded to a 2020-spec RC213V for next year, but said he accepted the Japanese marque's decision to keep him on year-old machinery.

"If you can get factory bike it will be best of the best, but sometimes [you have to] understand the situation and I understand HRC's decision," he said.

"We will have some updates during the season, and Marc win the championship with a difficult bike, but he managed very well in a good way. So we have to follow that way." 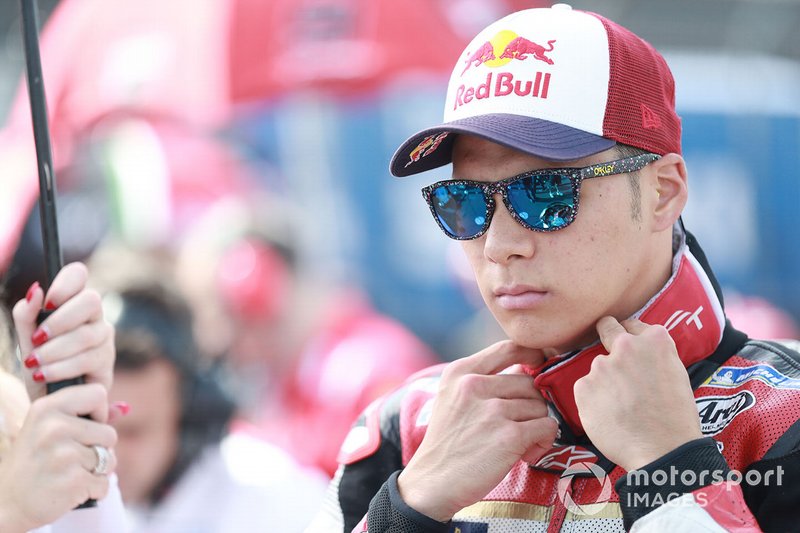