Cal Crutchlow has explained the bizarre circumstances of his latest injury misfortune, as he gears up for his first MotoGP race in September this weekend at Barcelona. 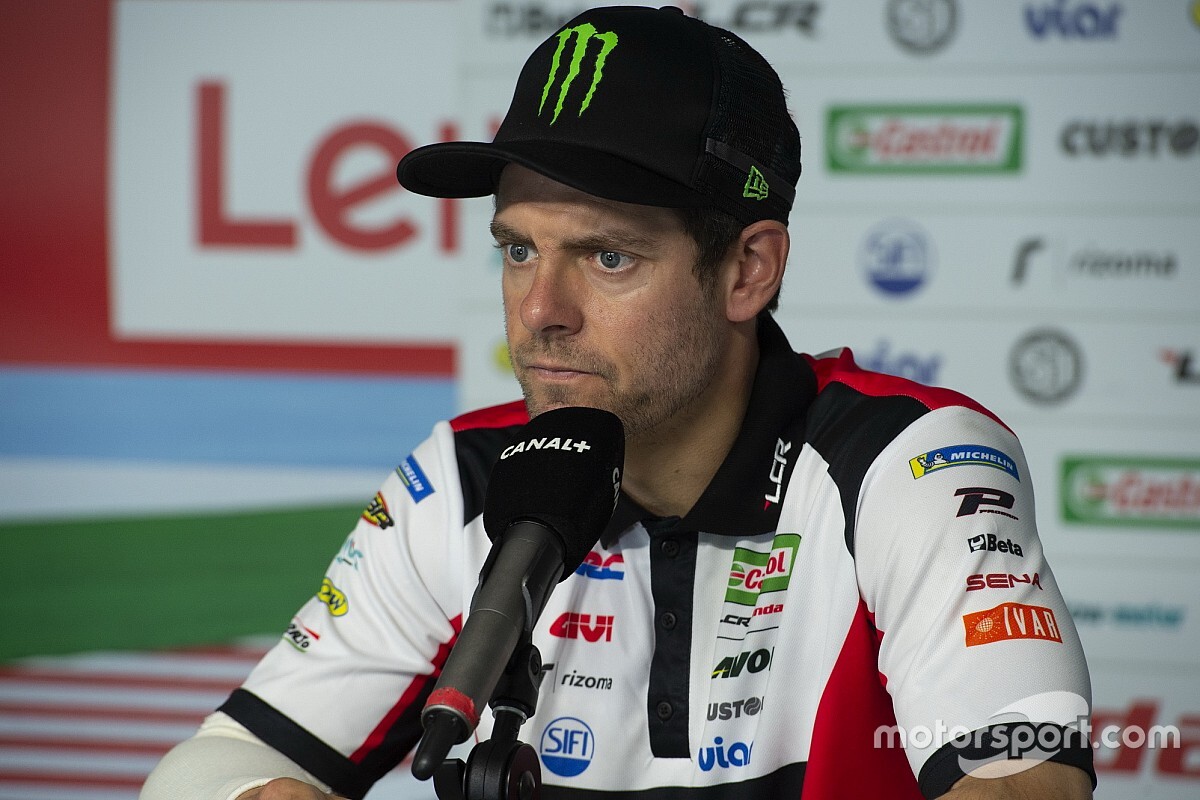 The LCR Honda rider was forced to miss the two Misano rounds through complications from arm pump surgery after August’s Styrian Grand Prix – a result of having to put more force in his right arm after fracturing his left wrist at Jerez in July.

Having had the wound in his warm sewn up again and feeling much better, Crutchlow travelled to Barcelona for this weekend’s Catalan GP and passed his medical test.

While he suffered damage in his ankle when he fell exiting the Catalunya circuit’s COVID-19 test facility, he was subsequently cleared to attempt to ride in Friday’s FP1.

Commenting on what caused his ankle injury, Crutchlow said he fell as the door out of the office he was having his COVID-19 test in had “resistance against it” when he pushed it.

“I pushed the door through the office and the door had no resistance against it,” he said. “So, I sort of stumbled and fell out, but the step was really, really high and I fell over on my ankle.

“I heard the snap and I knew it was either a bone or something. I stood up and started to walk and noticed the ligaments were really damaged.

“I went back to the car and called Dr [Xavier] Mir and he said ‘you must be joking?’ As you can imagine, they thought I was a lunatic, but I looked down at the ankle and honestly the size of it was like a gold ball.

“So, I have to go, they shoved a needle inside the joint and took away the blood, but it never went down. I spent the night with the ice unit on the ankle. Now the ankle is still swollen, it’s completely black but it’s not even a quarter of the size of what it was yesterday.”

Asked if this latest run of injuries is a sign from his body to re-evaluate his ambitions to race with Aprilia in 2021, Crutchlow said: “I don’t believe in that, I believe in hard work, dedication and going for it.

“If you’re telling me ‘your body’s telling you to stop, retire, blah, blah, blah’… I don’t see it in that way. I see that you get out what you put in.

"At the moment maybe luck hasn’t been on my side, but hopefully it will turn around soon and I’ll continue to be fast. But what will be will be, that’s what I believe. If I’m able to be competitive, then I will.