Danilo Petrucci believes there is no "rush" to prove himself worthy of remaining at the factory Ducati MotoGP team beyond his current one-year contract. 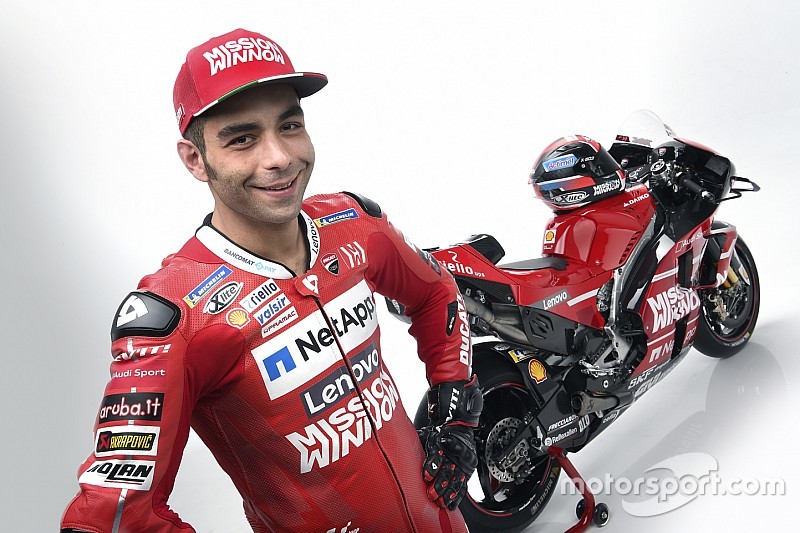 Petrucci steps up to the works Ducati outfit this year after four seasons with the satellite Pramac squad, but is the only factory rider on the 2019 premier class grid whose place is not secure for 2020.

Ducati sporting director Paolo Ciabatti told Motorsport.com last year the onus will be on Petrucci, who replaces Honda-bound Jorge Lorenzo, to demonstrate that the Italian manufacturer made the right decision.

Ciabatti has also highlighted Jack Miller, Petrucci's 2018 teammate, and Moto2 champion Francesco Bagnaia as possible alternatives to partner Andrea Dovizioso in 2020 should Petrucci not rise to the occasion.

Asked about the pressure he faces this year to keep his ride for 2020 during the Ducati launch on Friday, Petrucci responded: "Every year is important. Last year was important [just] the same.

"For sure, a one-year contract doesn’t let me relax. But I never had chance to relax since I joined MotoGP.

"I have to prove to myself [I can] be a factory rider. But next year will be the same. Next year all the riders have the same situation, so this year for me is important.

"I have maybe more time because there is not the rush like there was last year to close the contracts, because the top riders are already [signed]. I can focus on my performance from the beginning."

Petrucci added he is confident that he can convince Ducati to keep him on if he continues his recent upward trajectory, having scored a career-high points tally of 144 last year.

"For sure Jack [Miller] and Pecco [Bagnaia] want my bike, it’s not a secret,' he admitted. "But for this year it’s mine and I want it to be mine also the next years!

"They are two fast riders, especially Jack, I really enjoyed last year being with him [at Pramac], he’s a good guy. Pecco is really fast and [has been] impressive since his first test in MotoGP.

"But I know if I make my best, and every year I improve my results, so if I can continue like this, improving my results, I will be on top, I hope."

Ducati Corse general manager Gigi Dall'Igna set out Petrucci's targets for the season during the team launch, saying the 28-year-old should aim to win at least one race and "fight for the podium in every race".

Dall'Igna later added: "For me, the races where he could do really well, looking at past results, would be Le Mans and Mugello. But I hope he surprises me and he does better than he has done up to now.

"This is certainly Danilo's big chance. When you have this chance of your life, you have to give everything to make the most of it. I think Danilo is already in this mindset right now.

"We will try to help him as much as possible to be able to make the most of it as best he can." 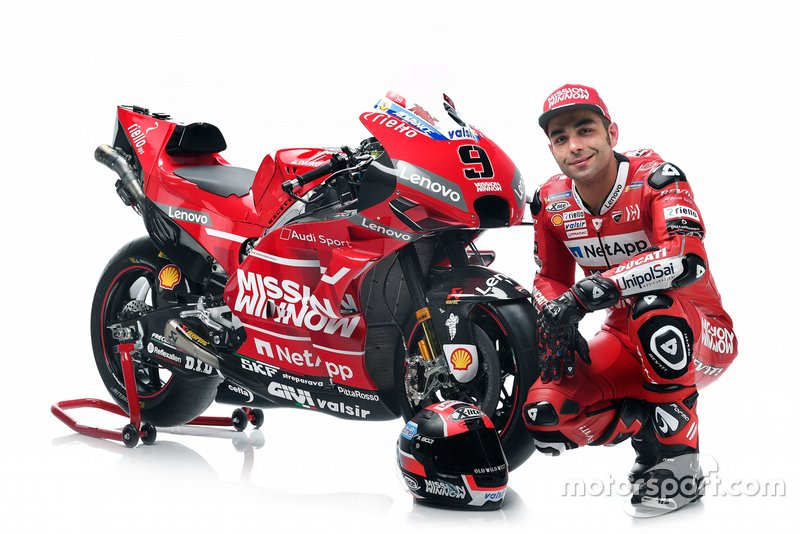 Lorenzo set for tests on hand after hospital visit