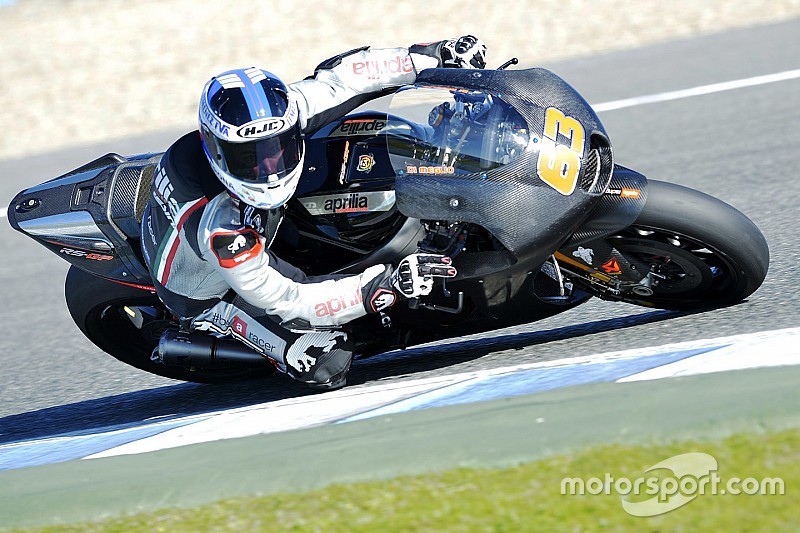 Aprilia test rider Mike di Meglio has undergone surgery on his right elbow after injuring himself in a crash while shaking down the Italian marque's 2016 bike.

The Frenchman, who rode for the Avintia Ducati squad last year, had been tasked with the initial shakedown of the all-new RS-GP at Aragon, but was forced to curtail the test early when he fractured his right radius in a "big high side".

He was taken to Toulouse for surgery on his elbow on Thursday, which was a success.

Aprilia factory riders Alvaro Bautista and Stefan Bradl will get their first taste of the new RS-GP in a private test in Qatar on 21-23 February, skipping the upcoming official test at Phillip Island.

Bautista and Bradl will then rejoin the MotoGP field for the final pre-season test in Qatar on 2-4 March, prior to the season-opening race at the same venue on 20 March.