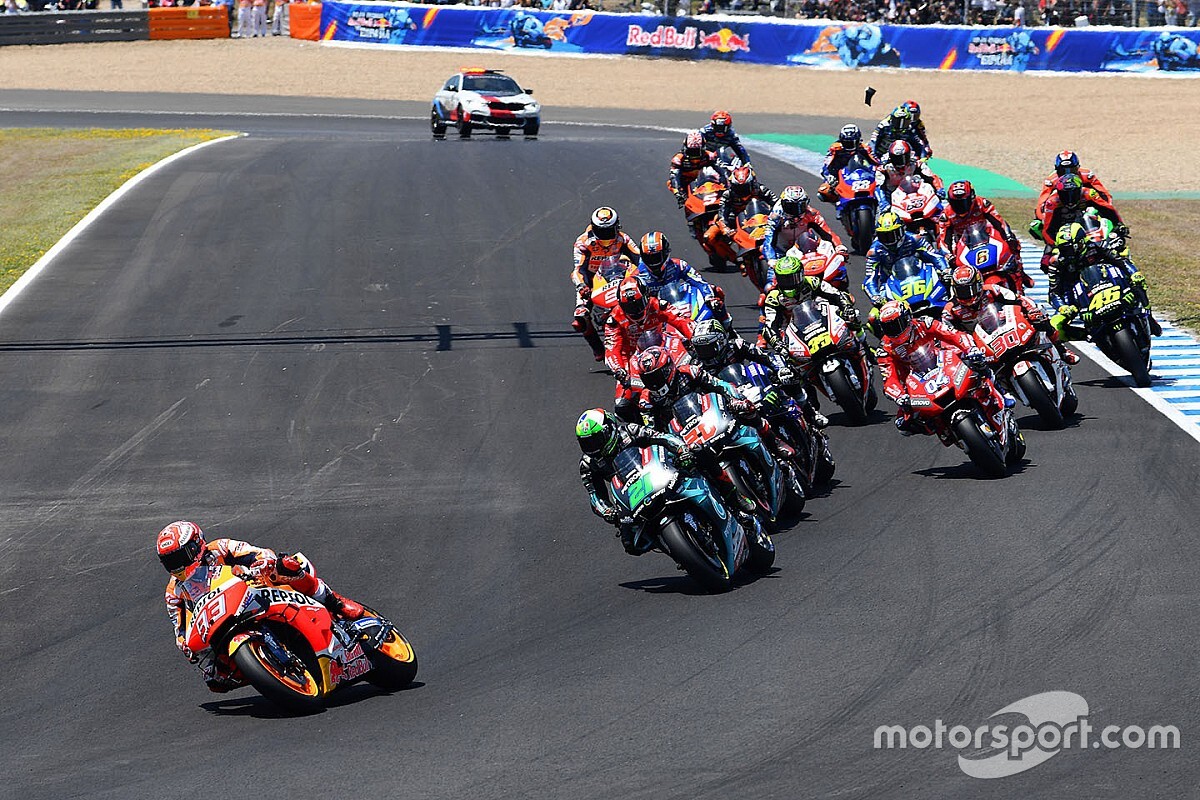 MotoGP promoter Dorna Sports has ruled out the possibility of running two-race weekends as part of a condensed schedule should racing get underway later this year.

The coronavirus pandemic has forced the opening eight races of the 2020 campaign to be either cancelled or postponed due to lockdown restrictions worldwide, with the season now not starting until June’s German Grand Prix at the earliest.

Since the cancellation of the Qatar GP at the beginning of March, both Dorna and governing body FIM have mooted several ideas for a reshaped 2020 calendar – one of which was running two races per weekend.

However, Dorna CEO Carmelo Ezpeleta has now ruled this idea out completely, telling Spain's Teledeporte: “That possibility is of no use to us.

“The promoters are already quite stressed and will not pay for having two races, nor the television [broadcasters] either.”

It has long been thought holding two-race weekends would likely be impossible due to circuit contractual situations.

Dorna’s director general Manel Arroyo added in an interview with Catalunya Radio that “at a technical level” it would be hard for MotoGP to run two-race weekends.

“We not contemplate it, it is one of those news stories that is coming out – it is speculation, doing two races in the same weekend is not going [to happen],” he said.

“Besides, the current structure of the championship, of the teams and the bikes themselves, are designed to make a type of competition, with a 45-minute race on Sunday.

“Changing this is not easy at a technical level. Obviously it would not be impossible, but it does not provide us with anything."

Since the postponement of May’s Spanish GP, Dorna and the FIM have declined to issue any new calendars on the grounds that the current coronavirus situation is still evolving rapidly.

Arroyo admits nothing has been planned yet in terms of a provisional schedule, and they will only know how many races there will be this season when a firm start date can be made.

“When we know what day we can start, we will know how many weekends we have until Christmas to do races,” he added.

“Obviously taking into account the logistical needs, we cannot pretend, logically, to do a race every weekend until the end of the year - that is obvious.

“But when we know the day we can start, we will know if there will be ten, 16 or eight races, saying it now would be very risky.”

Recently, Ezpeleta said he would be delighted with a 10-race season, though Ducati sporting director Paolo Ciabatti told Motorsport.com he believes finding 10 countries able to host grands prix will be difficult.

Ezpeleta also confirmed MotoGP does not have to run the minimum 13 races its contract with the FIM usually stipulates to make up an official world championship this year.

Quartararo could be the next champion, says Espargaro