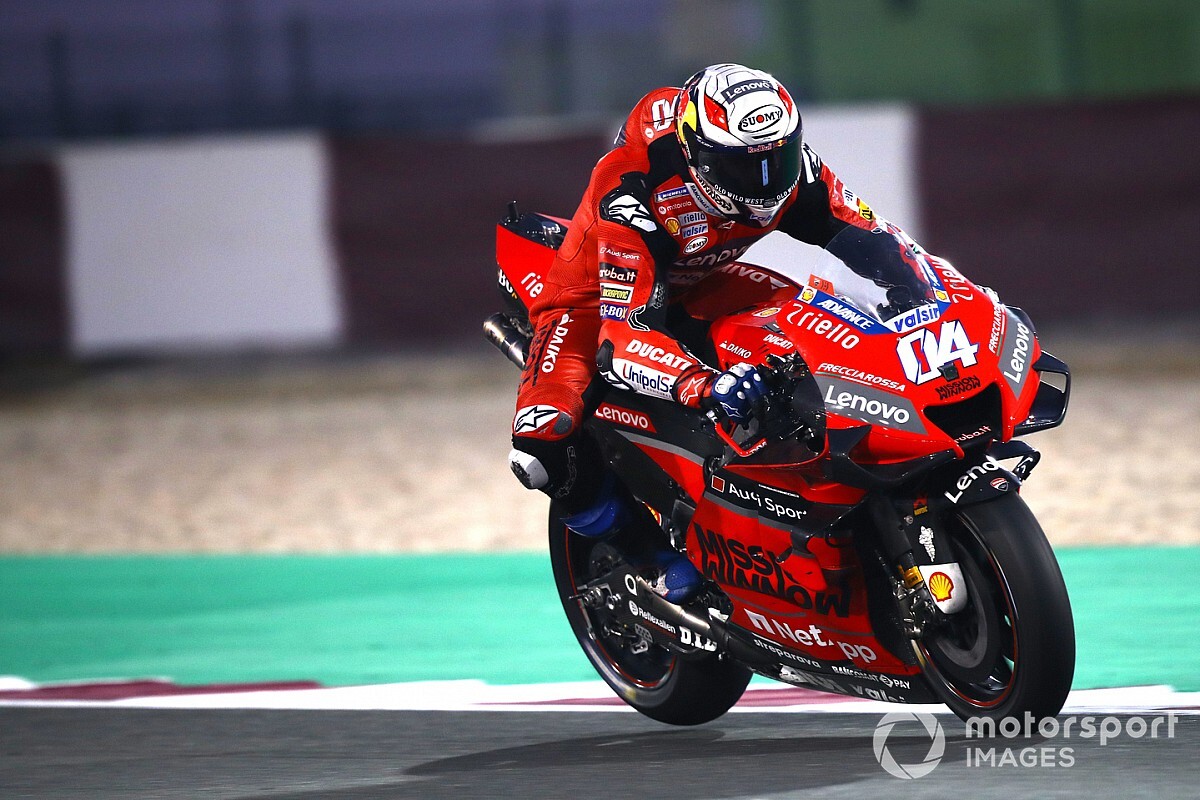 Andrea Dovizioso’s manager admits his MotoGP rider is now considering taking a sabbatical in 2021 should contract negotiations with Ducati fully break down.

Talks between Ducati and Dovizioso over a contract renewal beyond the 2020 season have become protracted, with the Italian marque wanting to renegotiate the terms for the current campaign owing to the shortened calendar and slash Dovizioso’s future salary in light of the financial uncertainty cause by the coronavirus pandemic.

Last month Battistella said he felt it was "99 percent certain" that Dovizioso and Ducati would eventually come to terms, but now talks have stalled anew as Ducati wants “some races to pass” this year before resuming negotiations.

Should the two parties fail to come to terms, Battistella says Dovizioso will consider taking a year out in 2021, with no other viable options to remain on the grid.

“It is an option that we value,” Battistella said of Dovizioso taking a sabbatical. “If the conditions are not met, he prefers not to continue.

“Andrea is not thinking about retiring, he feels strong and well, he is in the best shape and he does not think about leaving.

“It is true that if you do not have an interesting project you are not interested in accepting, you are willing to wait until it arrives.

Dovizioso’s options would be limited for a return in 2022 should he ultimately take a year out in 2021, with Honda, Yamaha and Suzuki’s line-ups secured beyond next year at its works teams.

Incoming factory Ducati rider Jack Miller is only on a one-year deal, as any potential Dovizioso replacement would likely be, leaving the door ajar for the Italian marque to offer Dovizioso better terms should its 2021 line-up disappoint.

KTM’s line-up is also only fixed for 2021, with Battistella reiterating discussions were held with the Austrian manufacturer – though it quickly became clear there was “no future” there.

Dovizioso is currently undergoing rehabilitation on a broken left collarbone he suffered last weekend in a motocross accident. He is expected to be fit enough in time for the opening round of the 2020 MotoGP season on July 19 at Jerez.