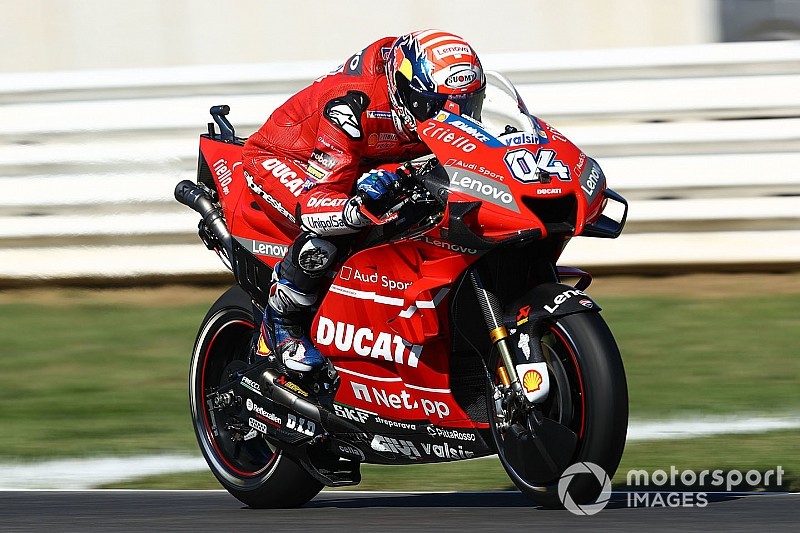 Last year’s Misano race winner Dovizioso only just scraped into a direct Q2 place at the end of FP3, having struggled for pace all weekend aboard his GP19.

He also lacked pace at the two-day Misano test following the British Grand Prix, with Ducati knowing then the race weekend would prove difficult.

Dovizioso says recent track works to improve grip in wet weather – which involved removing rubber from the circuit – have stopped Ducati riders from being able to exploit the bike’s strength under acceleration.

“We were surprised about the grip, but we also knew that [it would be poor] because the [World] Superbikes race after the [work done to the circuit] and they were one second and a half slower [than in 2018],” he said.

“So they [the circuit] said to us the grip is less because they had to do that change, and when we did the test that was the reality.

Dovizioso added that his race pace is “closer” to the frontrunners than practice suggests, and believes there is a “group of seven riders with similar pace” behind the podium battle.

Teammate Danilo Petrucci had to go through Q1, but failed to lift himself into the second session and will start a season-worst 17th on the grid.

He branded his Saturday as “really strange”, as he battled a grip situation in Q1 “completely opposite” to what he experience in FP3.

“This morning, on the data we saw very, very little traction on the bike,” Petrucci said. “This afternoon, with the medium tyre the situation was not bad.

“The situation was completely the opposite [in qualifying] compared to this morning, and this means that we lost the few things we had in the morning.

“The bike at least turned a bit better, but this afternoon was completely a disaster because the bike always pushed the front. It’s really strange what happened today.” 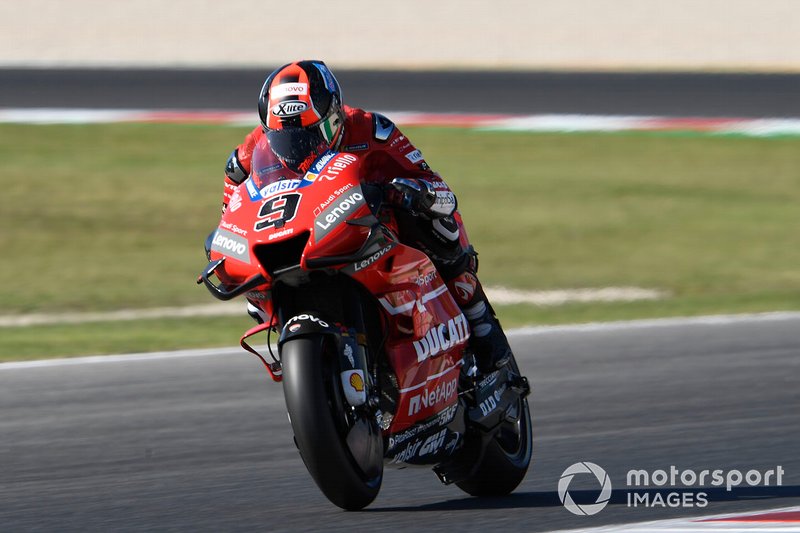