Andrea Dovizioso says it's "very frustrating" to continue battling braking problems on his Ducati after qualifying a lowly 17th for the MotoGP Catalan Grand Prix. 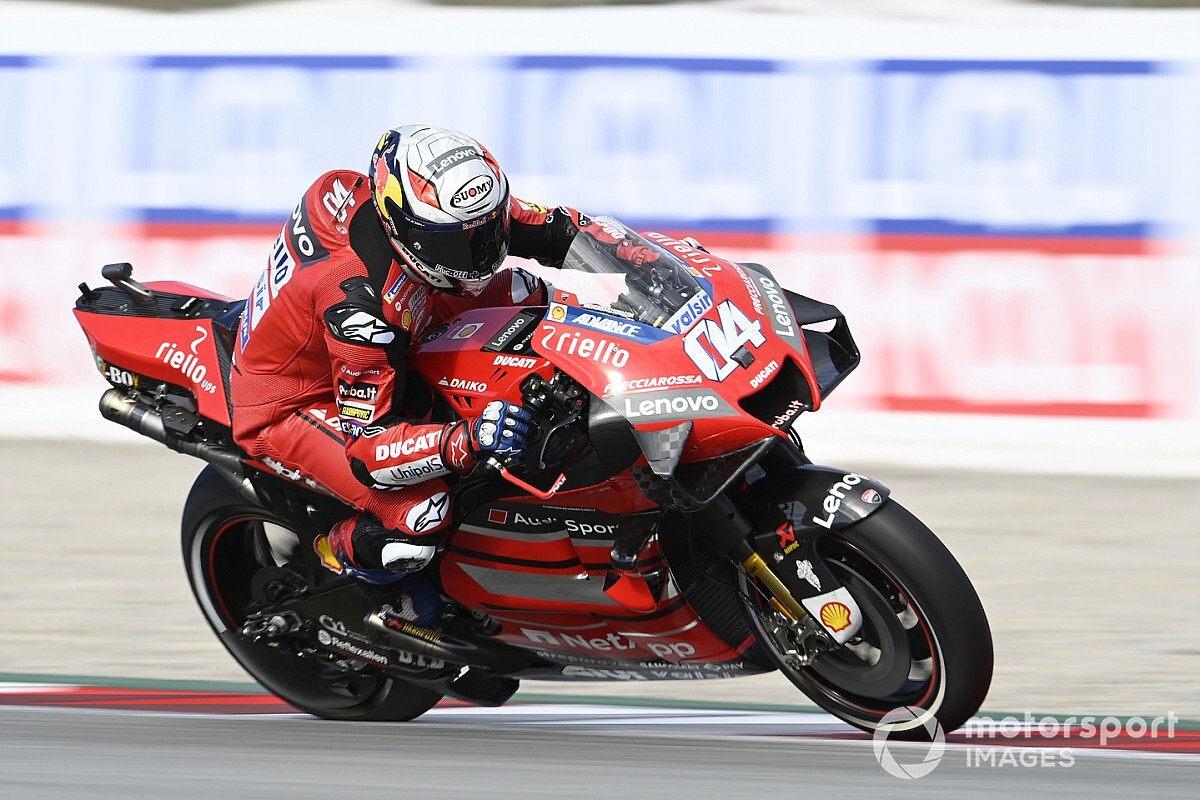 Dovizioso has been very vocal about his troubles under braking caused by Michelin's 2020 rear tyre construction, with the Italian unable to adapt the bike in the same he has done in previous years.

He has failed to exit Q1 three times in the first eight rounds, with his 17th in Catalunya the second time after he was 18th at Brno that Dovizioso hasn't even cracked the top 16 on the grid.

Commenting on his day, Dovizioso said: "It's very frustrating, also because in the last three years we work a lot from the data and we were able to improve a few things and adapt to the tyre, to the riding style, to the competitors.

"And all of that made the difference. But with this tyre, on the brake it's completely different, it's very difficult for me and is the reason why still I'm not that fast. Yes, it's very frustrating."

Teammate Danilo Petrucci fared better in qualifying, putting his GP20 ninth on the grid having made it directly into Q2 from FP3.

After a San Marino GP which he felt was the worst race of his career, Petrucci has been able to figure out how to adapt his bike to the new rear tyre.

"We make progress since the second weekend in Misano," he said. "We understand we can on solve the problem by having a good balance on the bike and not working anymore on the electronics because the tyre is really sensitive.

"So, moving again the electronics is really difficult, we have to have a good set-up. Unfortunately, the race in Misano was not as we expected, but the progress is there and yesterday we worked really hard to understand the situation, we improved.

"I feel better with braking, but I still miss something. It's quite hard here because we can only use the soft tyre, I always need a lot of support.

"Tomorrow the race will be about survival because we saw a difference of seconds between new and old tyre."