Dovizioso: Lorenzo has been a "strange" teammate 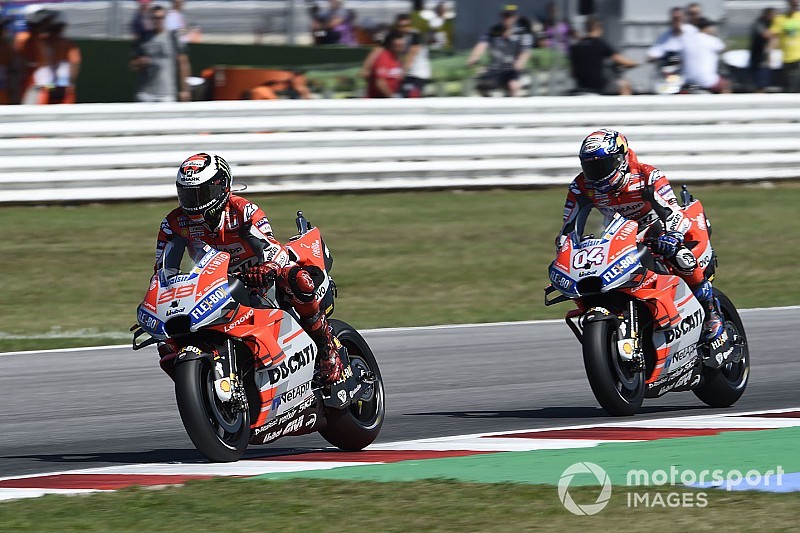 Andrea Dovizioso has labelled outgoing Ducati MotoGP teammate Jorge Lorenzo "a strange person" in the wake of their latest war of words.

Lorenzo will join Marc Marquez at Honda in 2019, following an up-and-down two-season tenure alongside Dovizioso at the factory Ducati team that has yielded three race victories.

The two teammates have had a fractious relationship this year in particular, with their Malaysia spat the latest in a series of heated exchanges between the pair.

Asked in a Motorsport.com interview to sum up his two seasons with Lorenzo alongside him, Dovizioso offered the word "interesting", before elaborating on what impact the Spaniard has had on him.

He said: "The first season [2017] went how I expected: Jorge reinforced a lot my position in Ducati because he confirmed my indications and that was very positive.

"Each rider has his own particular characteristics and Jorge does, too. He is a strange person; he has his strengths and defects, as everybody does.

"This year hasn’t been easy because when he started to go fast, the atmosphere in the box was tenser, as is normal when you have two riders fighting for the victory. If that happens, the situation inside the box is complicated.

"A major rivalry arrives in the box and losing against a battle Marc is different to losing against Lorenzo. Many people are working for both of us and regarding what you do, it has an effect on them."

Dovizioso said that Lorenzo leaving Ducati, with Danilo Petrucci arriving as his new teammate in the factory Ducati set-up, will not have any affect on his approach in 2019.

"When the season started the goal was to get the title, regardless of the fact I had Jorge next to me," underlined the Italian. "Next year won’t change anything." 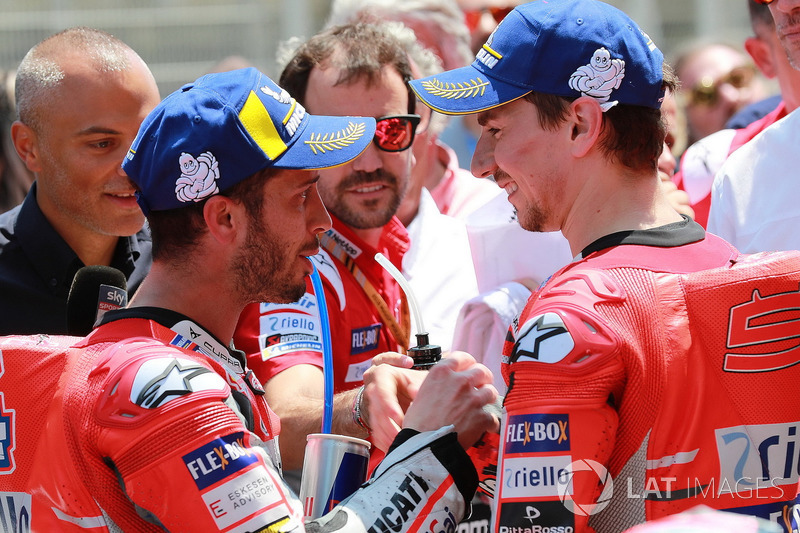 Dovizioso took last year's title fight with Marquez down to the Valencia season finale, but was forced to concede honours this year three races early after a crash in Motegi last month gifted his Honda rival the crown.

But the Italian believes that Ducati is now in a much stronger position than it was 12 months ago, even if this is not reflected by the statistics.

"Last year we fought for the championship until the very last trace, but we were fast at some circuits, and very slow at some others," reflected Dovizioso. "We didn’t have the consistency we currently do.

"At that point the regulations regarding winglets had already changed and we didn’t have it clear how to adapt to those changes. And the tyres changed as well. Those two elements caused some confusion until Assen.

"That is what made the difference, and it won’t probably happen again in 2019, as now we have a more solid basis. Despite being further from Marc in comparison to last year, we are way better than in 2017." 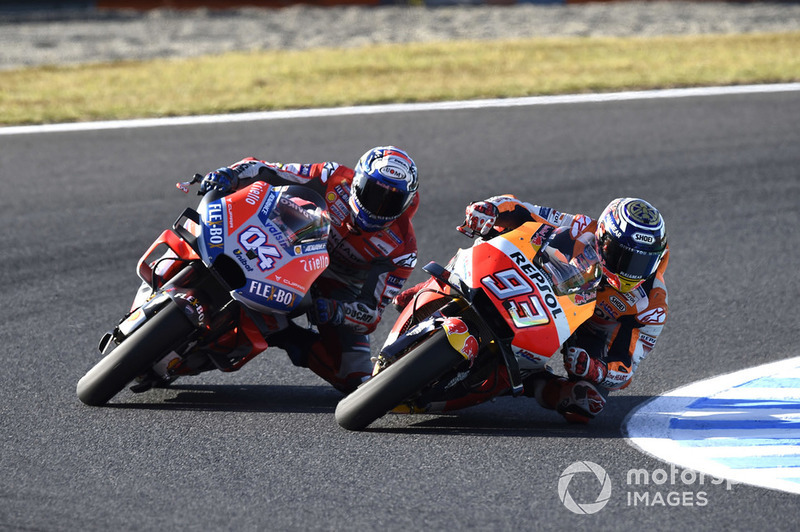