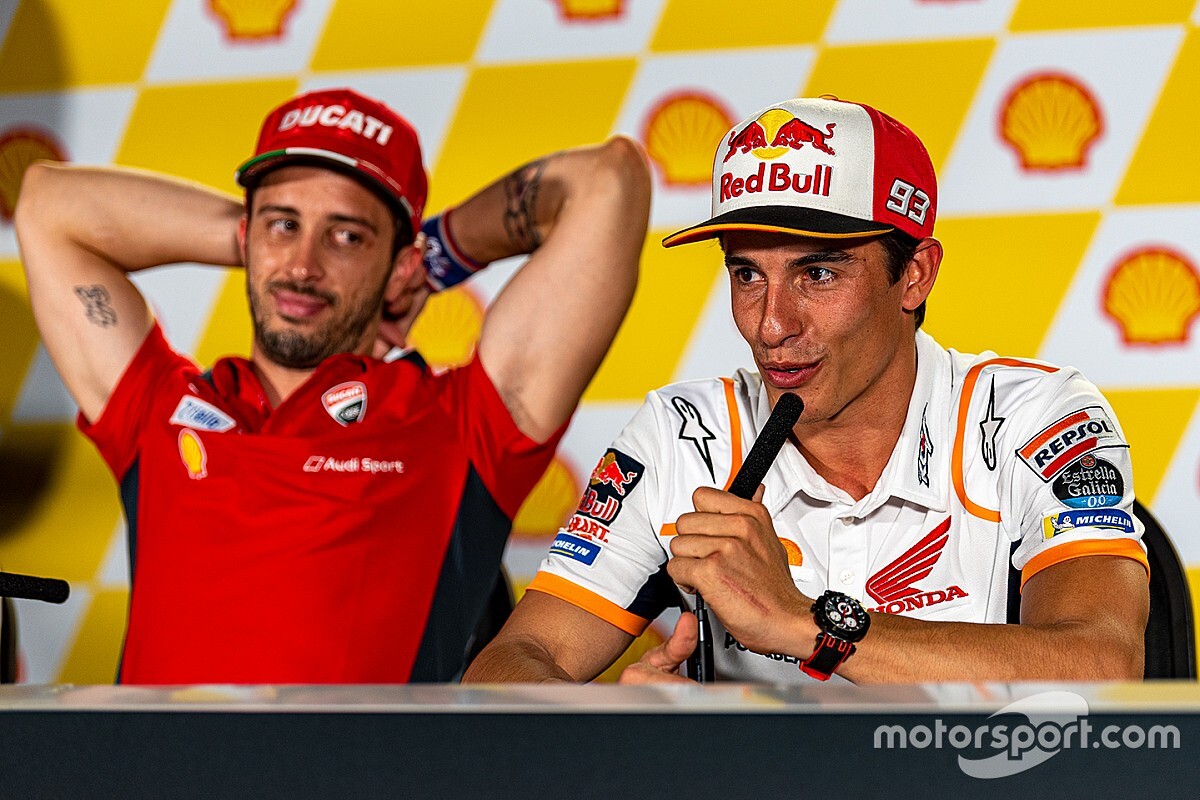 Honda shocked the paddock when it announced in February that it had locked down Marquez for four more seasons, in a deal rumoured to be worth in the region of €100million.

Dovizioso, who is out of contract with Ducati at the end of this year, conceded his surprise at the announcement in a Q&A with Sky Italia.

“I am very surprised by Marquez’s four-year [contract] period with Honda,” he replied when asked for his thoughts on the matter. “I thought the opposite would happen.

“But behind these important decisions there are is some background that we don’t know.

“I thought he would have changed bikes, but he will have had his motivations and many thoughts for what he has managed to do so far.”

The sudden moves in the 2021 rider market at the start of the year have left Ducati with limited options, after its preferred signings in Maverick Vinales and Fabio Quartararo were snapped up by Yamaha, while Suzuki is expected to retain Joan Mir alongside Alex Rins.

The 2020 MotoGP season is currently on indefinite hiatus due to the coronavirus pandemic, with the opening five races either cancelled or postponed as a result so far.

Dovizioso has won the previous two Qatar season-openers, and expected to be able to fight for a third had this year’s race gone ahead.

“In Qatar, in my opinion, we would have been able to fight for the victory,” he said. “But if we listen to the interviews of the other riders, we could have had six or seven winners.

“Many felt right, but in the end – as we all know – the [only] race counts and how you work for the race.

“We would have been competitive. I don’t know how much. It’s the small details that make the difference.

“We had worked well, but with only two pre-season tests, you don’t do a lot of work.

“You arrive after two months off and the first test arrives in Malaysia in tough conditions. It’s very hot, it can rain, you do not have the energy to take full advantage of the three days. There are many things to try at the right time, to understand which direction to go.

“Qatar is also not an excellent track on which to make decisions about new material.”