Dovizioso "proud" to have been Marquez's main threat 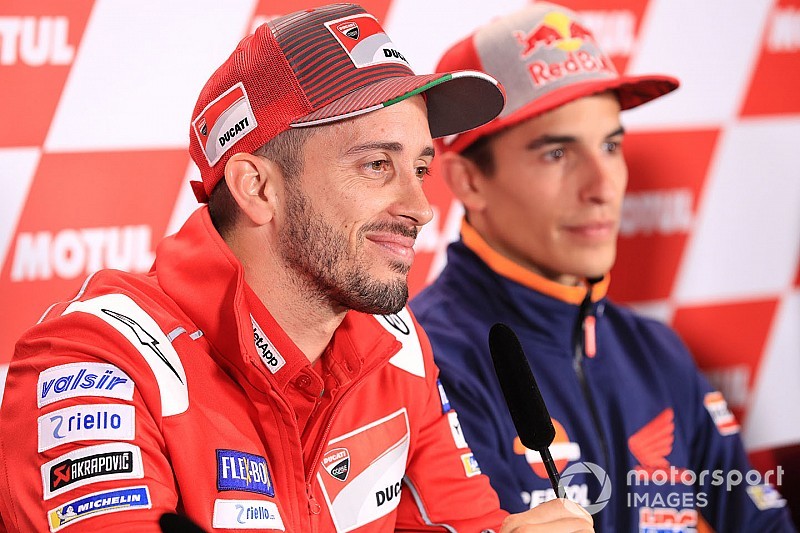 Andrea Dovizioso says he is "proud" to have emerged as newly-crowned five-time champion Marc Marquez's main challenger in MotoGP for the last two seasons.

Dovizioso's 2018 title bid came to an end last weekend in the Japanese Grand Prix, where a crash on the penultimate lap gave Marquez a clear route to victory and a fifth premier class title.

The pair have often gone head-to-head for victory this year, their battles being likened to those of 1990s 500c greats Kevin Schwantz and Wayne Rainey, continuing a rivalry that began with Dovizioso's title bid last year.

Speaking to Motorsport.com ahead of this weekend's Australian GP at Phillip Island, Dovizioso says he can draw satisfaction from the fact he has been to able to give a rider as talented as Marquez such a strong fight.

"Two years ago nobody expected that!" Dovizioso said. "If you asked someone two or three years ago, can this happen? No. But that's good.

"I'm really proud to have created that situation with the team and to be able to fight and create a problem for Marc, a seven-time world champion.

"At the moment we have a good relationship. We can speak easily outside the track, mostly because our [shared] passion is motocross. It's easy."

Phillip Island was arguably the race that proved fatal to Dovizioso's title ambitions last season, as the Italian scored his worst finish of the campaign, 13th, on a day where every Ducati runner struggled.

However, the Italian heads to the Australian track upbeat of a better showing this time around, spurred on by the GP18's improved pace at other tracks where Ducati has performed badly in the past.

"For sure it's not a Ducati circuit, but it will be interesting to see," said Dovizioso. "I'm happy to be at this race at this moment. After Brno in the middle of the season, we started to fight for victory at every race.

"To arrive with that speed here, it will be a perfect test to understand what level we're at. And we need that for next year.

"We confirmed at Brno that we improved and at a bad track for us we can fight for the podium, at least. That's what we need to fight for the championship against all the riders – especially Marc." 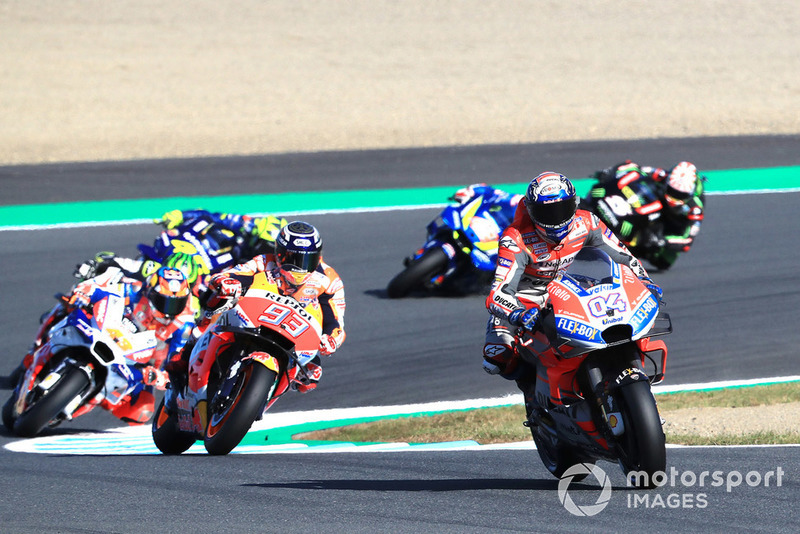 Satellite Pramac Ducati rider Jack Miller was one of the stars of Phillip Island last year, leading the race in the early laps, and the local star is hoping his GP17 allows him to shine once again.

"I don't know about [the theory] that it doesn't always go well for Ducatis," Miller told Motorsport.com. "Phillip Island as a track, if you feel like it works well for you and you feel comfortable there, you can go fast.

"It's a track that sort of equals the bikes out a little bit. But, I say that coming here after three years on a Honda. So it's hard to say.

"I feel like I can make the most of the track. It's a track where I've had success at in the past. It's probably the highlight of my year, not only because it's the Australian GP, but because it's just so much fun to ride the track." 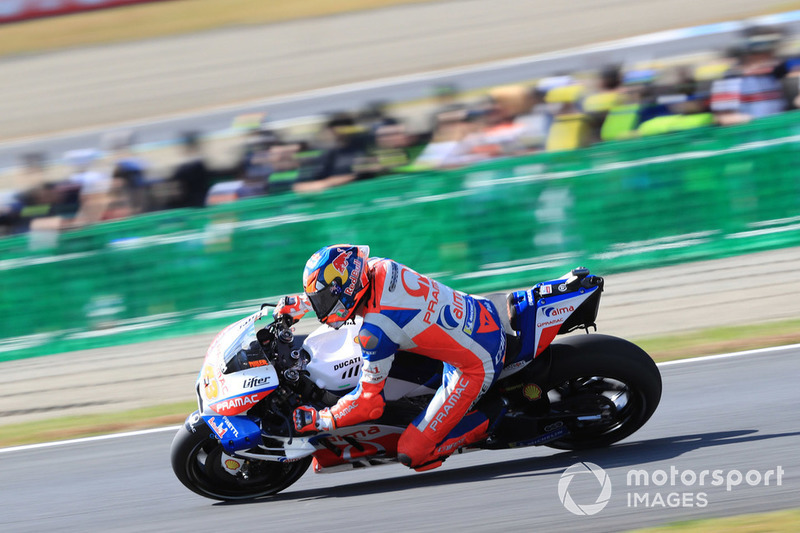