Andrea Dovizioso says the Yamaha MotoGP bike is “particular” and can’t yet understand where his ‘A-spec’ bike and the factory version differ as only Fabio Quartararo is “doing something crazy”.

Dovizioso made his MotoGP return in last weekend's San Marino Grand Prix at Misano at Petronas SRT replacing Franco Morbidelli, and will remain with the team as a factory Yamaha rider in 2022 when it rebrands as RNF Racing.

The three-time championship runner-up qualified last and finished a distant 19th in his first MotoGP race since last November – which also happened to be his first on something other than a Ducati since 2012.

The Italian was pleased overall with how his race went as he found he was able to lap much stronger as the race progressed, though concedes this is "strange".

The bike Dovizioso is on is now two years old and all who have ridden it this season have struggled for form on it.

When asked by Motorsport.com if he was able to understand why this bike has been a struggle for everyone this season, he said it's impossible to know right now given he has no knowledge of the factory M1.

"I mean, I can't know and I don't know how much it's different it is from the factory bike," he replied.

"Apart from that, only Fabio is doing something crazy, so this is something too far for me at this moment to understand and to analyse.

"But the bike is particular, and it has a lot of good things. But you have to ride it in a special way, so it takes time to adapt, and you have to understand everything.

"Still the question mark I had before this weekend over the new rear [tyre] casing of last year still I have, because in the way you have to brake is a bit strange and the way the bike improved a lot in the last part of the race is very strange.

"So, that's why it's very important to analyse and to understand if it was more me, the bike, what changed on the bike during the race.

"For me, the bike is new, so I have a lot of feedback, I can't know exactly the reason why a lot of things happened.

"But during the race there were many times where I had a good feeling and I felt the good things of the bike, and I wasn't able to use the potential.

"So, that was good, that was important. After 10 months after not doing a race, to do a consistent race and at the end be faster, I'm happy." 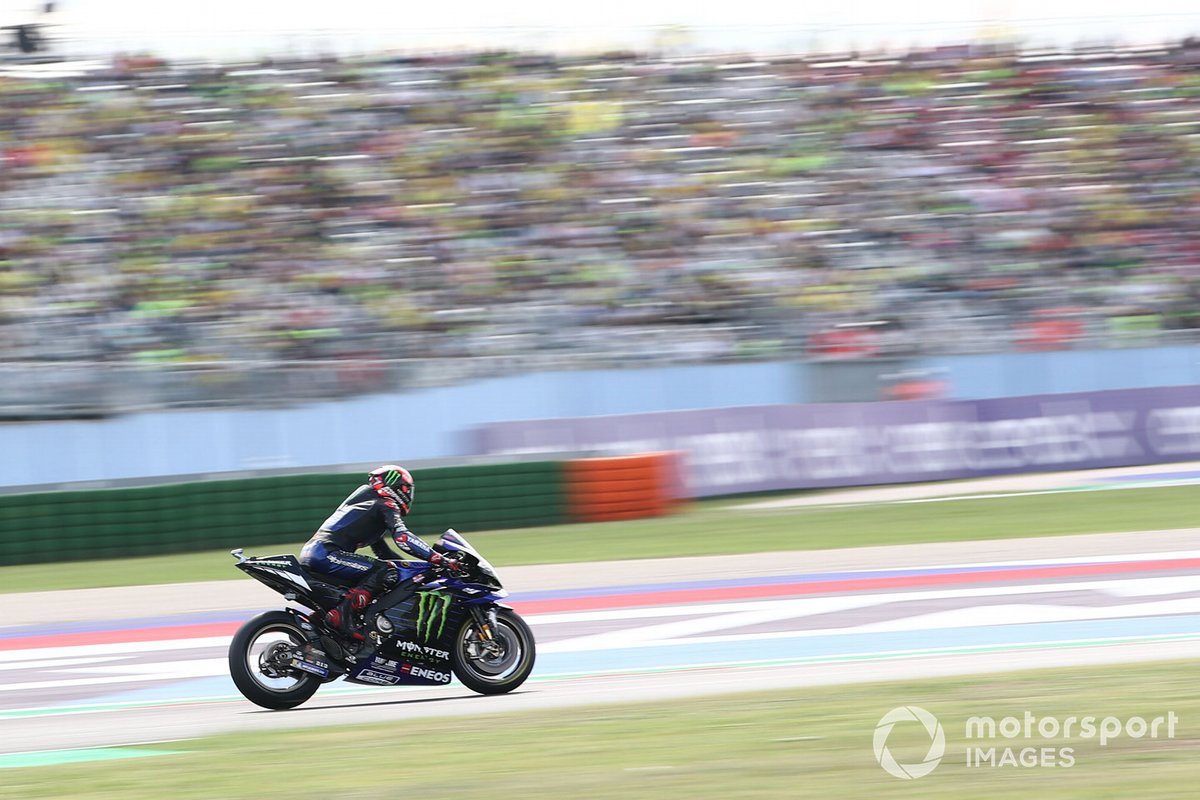 When asked to explain how the Yamaha is "particular", Dovizioso says it "requests" a riding style that most bikes on the grid don't.

"It's easy, you can see how Fabio is riding," he added. "You have to brake really deep in a good way and you have to carry a lot of speed in the middle of the corners.

"It's the only way to use the potential of the bike because the bike requests this.

"So, this is particular because normally bikes in the MotoGP class, you [don't] have to ride like this. Maybe Suzuki, but all the others no."