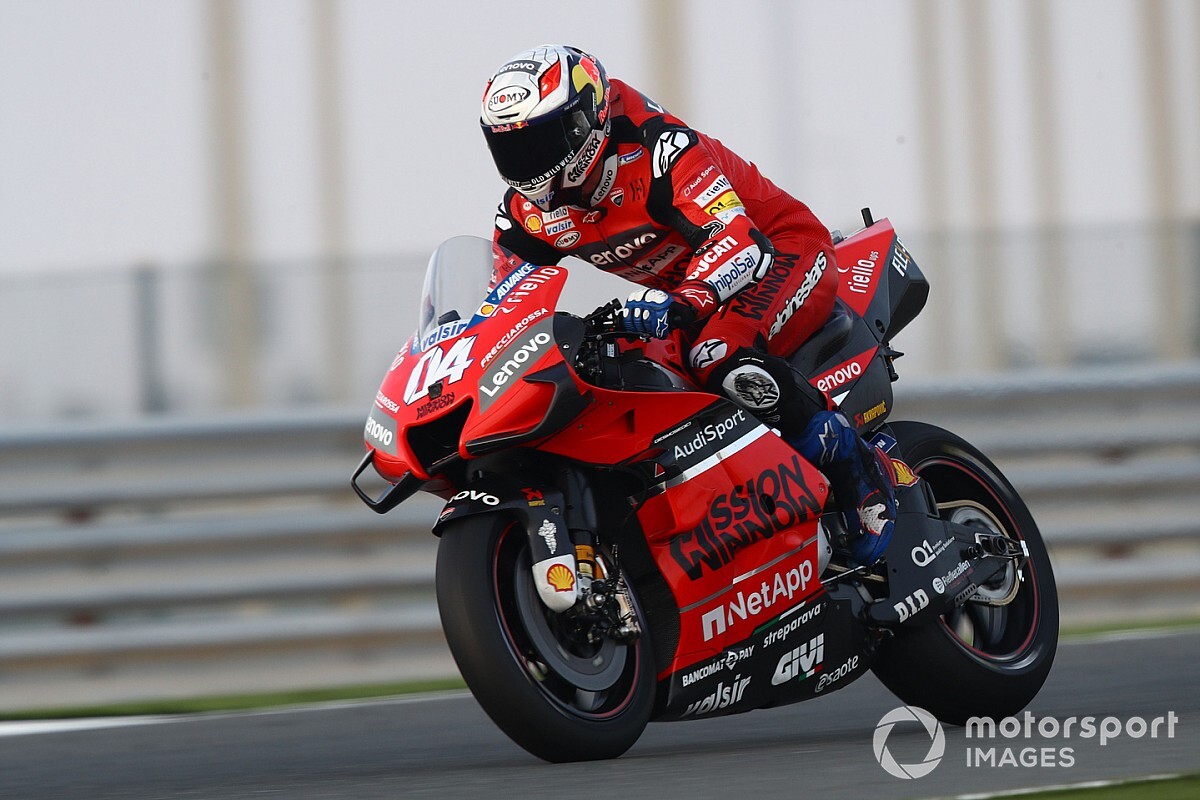 Ducati sporting director Paolo Ciabatti believes it will be difficult to find 10 countries able to host a MotoGP race this season due to the coronavirus pandemic.

The opening six rounds of the 2020 MotoGP campaign have been either postponed or cancelled, with the originally scheduled seventh and eighth rounds at Mugello and Barcelona almost certain to be likewise delayed.

In an interview with Spanish media, Dorna Sports CEO Carmelo Ezpeleta said he would be “delighted” if MotoGP could have a 10-round championship later in the year.

However, Ducati boss Ciabatti says such a scenario is optimistic, and thinks a better solution would be to find five countries and host multiple races there.

“We believe that it will not be easy to find 10 countries where [MotoGP] is allowed to run under more or less normal conditions,” Ciabatti told Motorsport.com.

“A possible solution would be to try and find five, for example, and contest two grands prix there in 10 days.

“For example, if there comes a time when we can go to Sepang – to name a circuit – maybe we could stay there for 10 days and run two consecutive weekends.

“With the current scenario, it is best to analyse the situation from a realistic perspective to try to overcome this emergency. The better times will come.”

Dorna and governing body FIM have previously mooted the idea of running two races at the same circuit, though doing so on the same weekend.

Ciabatti’s idea comes with a practical benefit of also cutting down on the cost of freight.

The Ducati boss is also not ruling out the possibility that there will be no world championship this year, and thinks it would “not be responsible” to think otherwise.

“As a team and as a company, as far as possible, we have to try to anticipate what may happen,” he added.

“And although it is obviously not what we want, not also considering the possibility that there is no world championship would not be a responsible attitude on our part.”