Ducati boss Paolo Ciabatti says the Italian marque has delayed its 2021 rider announcements to "leave the stage" clear for Valentino Rossi and Petronas SRT to confirm their deal. 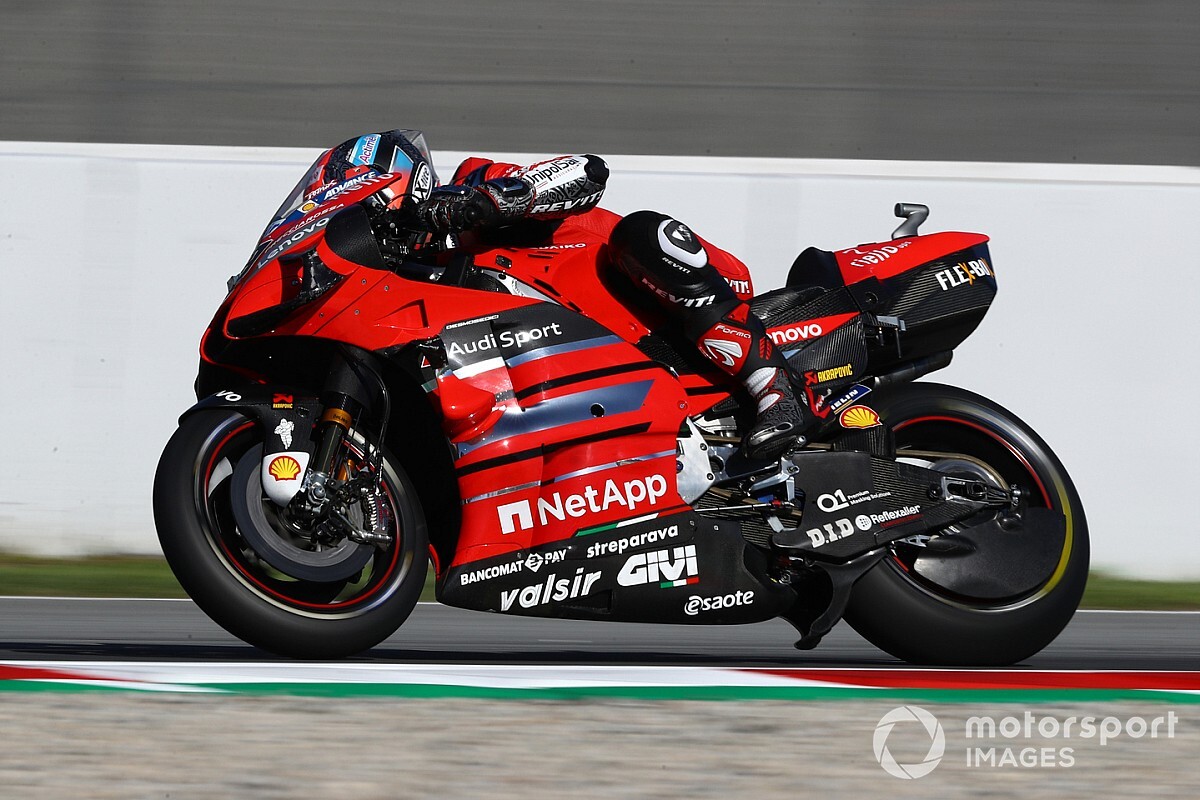 Ducati had been expected to confirm the make-up of its 2021 line-ups this weekend, with Francesco Bagnaia set to join Jack Miller at the factory squad, while Johann Zarco will step up from Avintia to join Jorge Martin at Pramac.

Enea Bastianini is set to join fellow Moto2 title protagonist Martin in making his MotoGP with Ducati in 2021, with the Italian taking Zarco's place.

However, Ciabatti has said Ducati's 2021 rider announcements have been delayed until next week in anticipation of Rossi and SRT confirming its deal – with Rossi admitting on Friday he will likely sign the contract this weekend in Barcelona.

"We actually said we were going to make the announcement this weekend," Ciabatti told Sky Italia on Friday.

"But the idea now is to announce the Ducati riders for 2021 next week, not during the grand prix, because we want to focus on the race.

"In addition, between today and tomorrow the agreement between Valentino and Petronas Yamaha is scheduled to be announced and we wanted to leave the stage [clear] to this news.

"Therefore, in the middle of next week – except for any surprises – we will make the officially announcement of the riders for 2021."

Motorsport.com revealed earlier this year Martin had agreed a deal with Ducati to step up to MotoGP with Pramac next year, with Ciabatti confirming the appointment.

"We are already 99% convinced in which team the riders that we have under contract will run in, which are Miller, Bagnaia, Zarco and you can already say Jorge Martin.

"Jorge is a rider we have known for a long time and we are happy that he can ride a Ducati next year."

Martin missed the two Misano rounds after testing positive for COVID-19, but is back in action for this weekend's Catalan Grand Prix.

There is some speculation that current Moto2 points leader and half-brother of Rossi Luca Marini could get a MotoGP shot next year with Avintia in place of Tito Rabat even though the 2014 Moto2 champion is under contract for 2021.