Ducati general manager Gigi Dall'Igna says the Italian manufacturer is in no hurry to decide its 2021 MotoGP line-up, believing "some riders do better under pressure".

The 2021 silly season has already kicked into gear ahead of the first official test of the pre-season at Sepang, due to start on Friday, with Yamaha moving to secure the services of Maverick Vinales and Fabio Quartararo.

Ducati had previously made no secret of its desire to lure Vinales, and is also believed to have approached Quartararo before the Frenchman's decision to accept Yamaha's offer, reducing the Borgo Panigale marque's options outside its own stable.

Currently factory Ducati riders Andrea Dovizioso and Danilo Petrucci are both out of contract at the end of the season, with Pramac's Jack Miller and Avintia's Johann Zarco now looking like the leading alternatives should either of the incumbents miss out on a '21 deal.

Dall'Igna said he feels that using the pressure of rider market uncertainty can help Ducati to get more out of its riders, in stark contrast to Yamaha's approach.

"If you listen to the reporters, the contracts should be signed as soon as possible to put the riders at ease and leave them focused on the championship," said Dall'Igna. "I’m not convinced that this is always the right rule to use.

"With some riders it is absolutely true that we have to do this. But with others I have had the feeling that they do better when they are under pressure, even if I do not have mathematical certainty, because the human mind is always something difficult to decipher."

Quizzed about Ducati's 2021 rider plans, CEO Claudio Domenicali hinted at a potential change by stating it was not the firm's priority to maintain an all-Italian line-up.

"We want fast riders, so we are lucky because we have fast Italian riders," said Domenicali during last month's team launch, prior to Yamaha's announcements.

"So that is a positive thing. But we built our history with Australian riders, Italian riders, UK riders – Carl Fogarty [in World Superbikes] was a fantastic piece of history.

“It’s not that we start from nationality. Gigi is very clear on that, and I cannot agree more."

With Ducati seemingly not in a hurry to make its mind up about its 2021 riders, the next announcement could well come from Suzuki, which is keen to lock down Alex Rins.

Rumours circulated in the Italian press that a deal between Rins and Suzuki had already been reached, but a source within the Hamamatsu firm denied that was the case.

“The two sides are working with the desire to define the missing details," the source told Motorsport.com. "But we are positive about it."

Despite attracting some interest from Ducati, Joan Mir also looks likely to stay put at Suzuki in 2021 as part of what would be an unchanged line-up for the team. 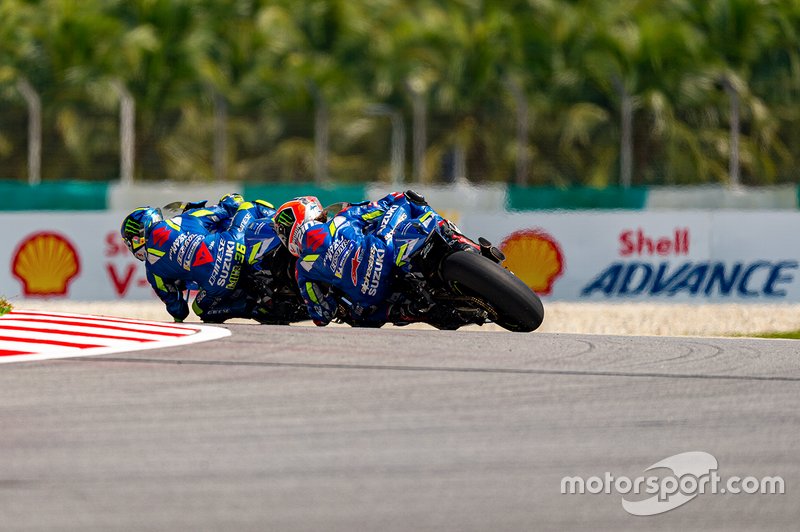