Dovizioso feels Ducati has been out-developed by rivals

Ducati's MotoGP rivals have made more progress with their bikes than the Italian manufacturer during the 2019 season, according Andrea Dovizioso. 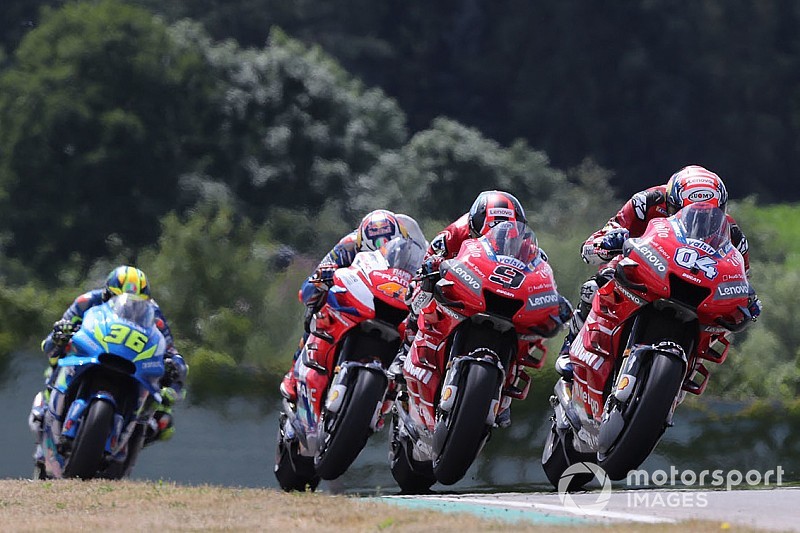 Dovizioso, who scored four wins on his way to second place in the standings in 2018, sits 58 points behind Honda's points leader Marc Marquez at the midpoint of the 2019 campaign.

The Ducati rider took victory in the season-opening race in Qatar, but has not finished on the podium since the Italian GP four races ago, while Marquez was won four of the last six races.

The Italian feels that while the Marquez/Honda package has got stronger, rivals like Suzuki and Yamaha have also out-developed Ducati so far this year.

"It's not so much that our bike has not grown enough, it's that the competition has grown more than Ducati," Dovizioso told Motorsport.com in an exclusive interview.

"The Honda and Marquez package is stronger; the Suzuki riders have taken a step forward and their bike has also improved; the Yamaha is more competitive than last year and all that. With all the skilled riders were have in MotoGP nowadays the championship is more complicated.

"So instead of being stronger in our fight with Marc, we find ourselves in a situation in which we are struggling. Marquez is fighting for victory in every race and there's also riders who are often faster than us."

Ducati's main weakness with its recent bikes has been the turning, something Dovizioso acknowledges does not have an easy fix.

Asked why it has been easier for Honda to solve its power struggles while Ducati has not been able to sort its turning, Dovizioso said: "Technically it's a lot easier to gain power, because the thing about making progress with the turning is that it's a combination of many things. There's no perfect recipe.

"Increasing the power is a different things, it's easier."

Dovizioso feels five-time champion Marquez, the champion for the past three years, is currently riding better than at any point during his career.

"Marc is a very strong rider who also never stops learning," he added. "He doesn't have ups and downs and a rider who is always improving never goes backwards, he always stays where he is or gets even better.

"Almost all of them are going backwards. Most of the riders have those ups and downs. But the good riders, the smart ones, might improve more or less, but they never go backwards."