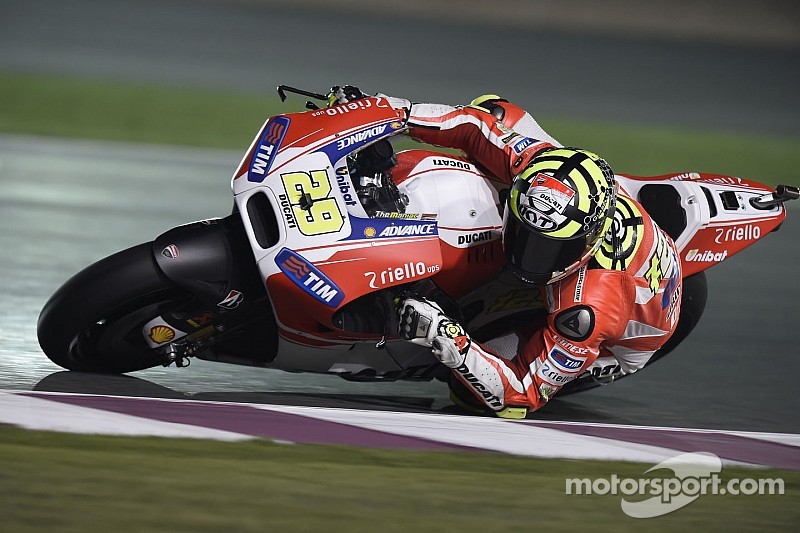 The Ducati MotoGP team's fuel allowance has been reduced following its impressive start to the season in Qatar.

Ducati competes under the Factory Option category but is allowed extra concessions to equalise performance.

However, after three podium finishes since the start of the 2014 season, FIM, motorcycling's ruling body, has reduced Ducati's fuel allowance from 24 to 22 litres per race until the end of the 2015 season.

The ruling is effective immediately, meaning Ducati will have to make the changes for the Austin race next month.

The change affects the works Ducatis of Dovizioso and Iannone, as well as the satellite bikes of Pramac riders Danilo Petrucci and Yonny Hernandez.

Avintia's Hector Barbera and Mike di Meglio are not affected, as they compete under the Open class rules.

Pedrosa to decide on MotoGP future “within days”