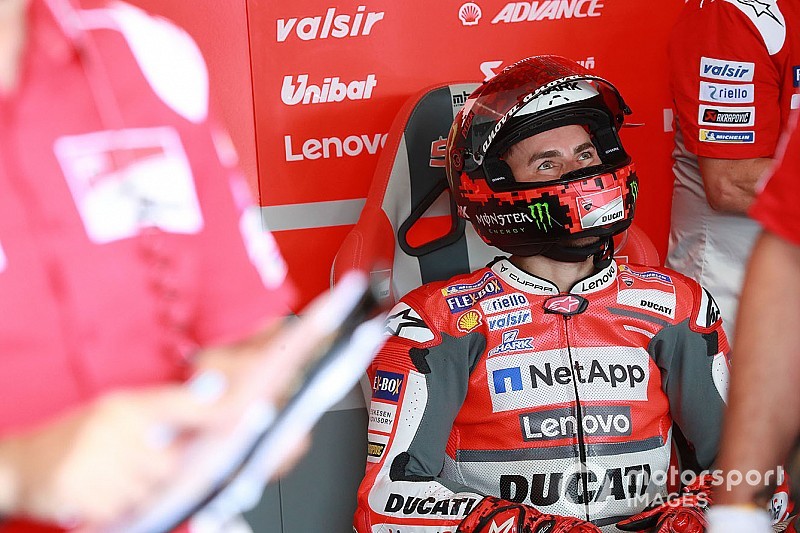 Ducati will not prevent Jorge Lorenzo from testing for Honda in the official sessions that follow the MotoGP season finale in November, Motorsport.com has learned.

Lorenzo's Ducati contract does not expire until December 31 this year, but he will be permitted to ride for his new employer in the Valencia test on November 20-21 and the following week's Jerez test.

MotoGP manufacturers usually give dispensation for riders leaving for rival brands to join their new teams for the official post-season tests, with their bikes running in plain liveries and the riders not speaking to the media.

When Lorenzo left Yamaha for Ducati at the end of 2016, he was allowed to try the Desmosedici in the Valencia sessions but not participate in subsequent private tests during the rest of the calendar year.

This season the Jerez test is also an official IRTA event rather than a private session, so Ducati will allow Lorenzo to run for Honda in both.

Lorenzo is replacing Dani Pedrosa as Marc Marquez's teammate next year, in a reshuffle that has prompted Pedrosa's retirement.

Andrea Iannone is also expected to be allowed to ride for Aprilia at both tests after his split with current team Suzuki, while Johann Zarco will be free to ride for KTM as his existing contract is with Tech 3 itself, not Yamaha.

Rossi urges Yamaha to get “aggressive” with electronics