Ducati has held talks with Johann Zarco at Valencia on Monday ostensibly aimed at convincing the French rider to take up an offer to join the Avintia MotoGP squad in 2020.

Zarco had been linked to an Avintia move when it emerged that Alex Marquez had become the most likely rider to replace the retiring Jorge Lorenzo in the works Honda team in 2020.

However, the Frenchman dismissed Avintia has "not a top team" when asked by Motorsport.com if he could consider such a switch, and said he would prefer to take Marquez's vacated Marc VDS Moto2 seat.

Rumours then began to circulate that Zarco could take over Jack Miller’s place at Pramac, with Miller pushing Danilo Petrucci out of the works squad.

This was a move seemingly backed by French Grand Prix organisers, though the money thought to be on offer was not enough to cover the financial penalty Ducati would suffer by breaking Petrucci’s contract.

Ducati is willing to invest in the Avintia operation at a technical and engineering level for Zarco, though likely on a 2019-spec bike.

On Monday, Zarco was pictured by Motorsport.com leaving Ducati’s race office at the Ricardo Tormo circuit, where he reportedly had an hour-long meeting with marque bosses Paolo Ciabatti and Gigi Dall’Igna (top).

They tried to convince Zarco that he would have access to a competitive package at Avintia, where he would most likely replace Karel Abraham.

Tito Rabat signed a two-year extension with the Avintia squad earlier in the year. 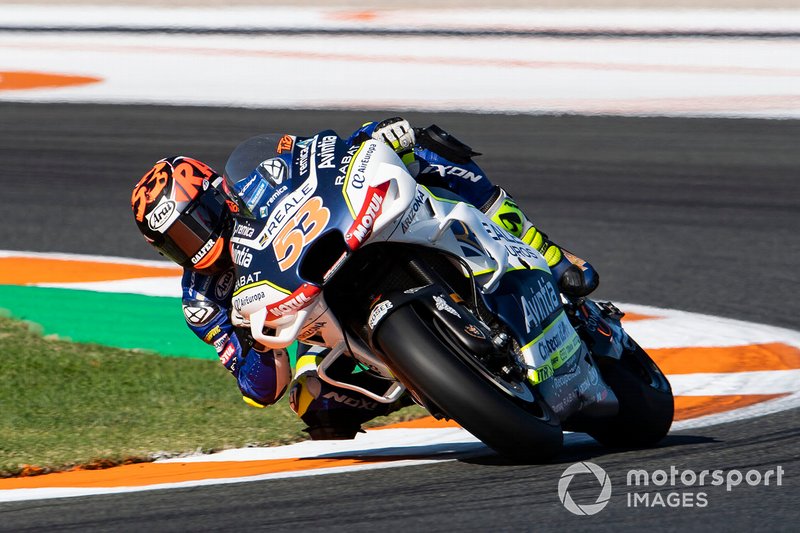 Zarco, who was dropped by KTM after September's Misano round after deciding to walk away from his two-year contract a year early, was making his last of three appearances for LCR Honda at Valencia replacing the injured Takaaki Nakagami.

His race ended in a horror crash involving the Tech 3 KTM of debutant Iker Lecuona, but the Frenchman avoided injury in the accident.