Avintia’s Johann Zarco says a chassis update given to him from Ducati in Tuesday’s Misano MotoGP test made him feel like he was “a factory rider” again. 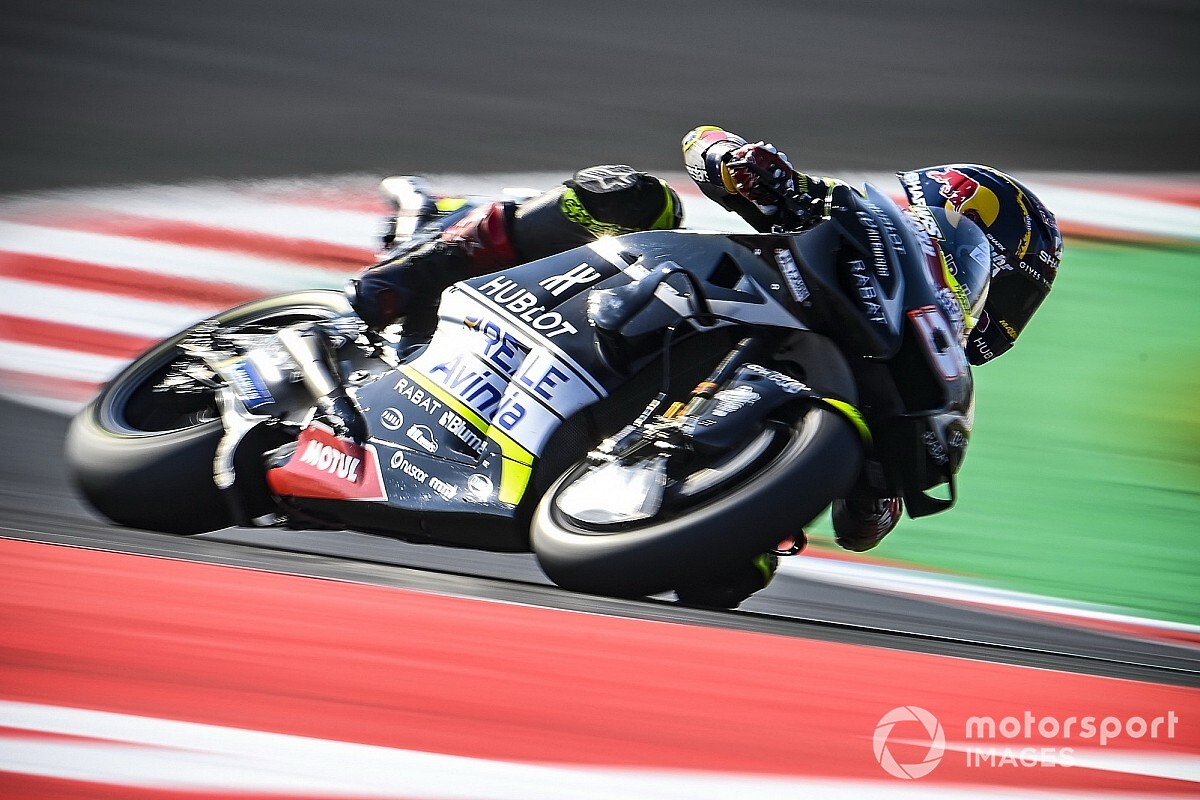 Zarco is signed directly to Ducati for 2020, though is riding the year-old GP19 bike in Avintia colours with a small amount of support from Ducati in terms of personnel.

Despite this, he scored a shock pole position in the Czech Grand Prix last month and carried that pace forward into the race to secure his first podium as a Ducati rider in third. With Zarco set to join either the works Ducati team or Pramac with full factory support next year, the Italian marque gave him an updated frame to test on Tuesday.

“Thanks to Ducati, it’s a great feeling and great support from them, we could try different stuff also on the chassis [side],” Zarco said ahead of this weekend’s Emilia Romagna GP. “And I was happy because it’s really the work they have been doing before the test to prepare a new combination of chassis, it was a feeling like being a factory rider.

“But they repeated to me, ‘You are in contract with us, so if we feel you can give us information, we need to make you test things’.”

Zarco says the “huge work” Ducati put in to provide this updated chassis gave him a positive feeling going forwards.

“[The update] was planned, and it was not planned maybe in March,” he added. “It has been planned in the summer, but for me, because it’s a huge work they are doing, to know so many guys are working for you in that way, it really gives you a warm positive feeling of support.”

When asked if he will continue with the new chassis this weekend, Zarco replied: “I think yes, because we were feeling good on it. But we still have also the old parts that we saw were also working well with a different set-up.

“There is not one thing that is giving you everything, that’s why it’s not easy because there’s always a compromise. That’s why I want to be on the new one, to keep working on it and give more information to Ducati.”