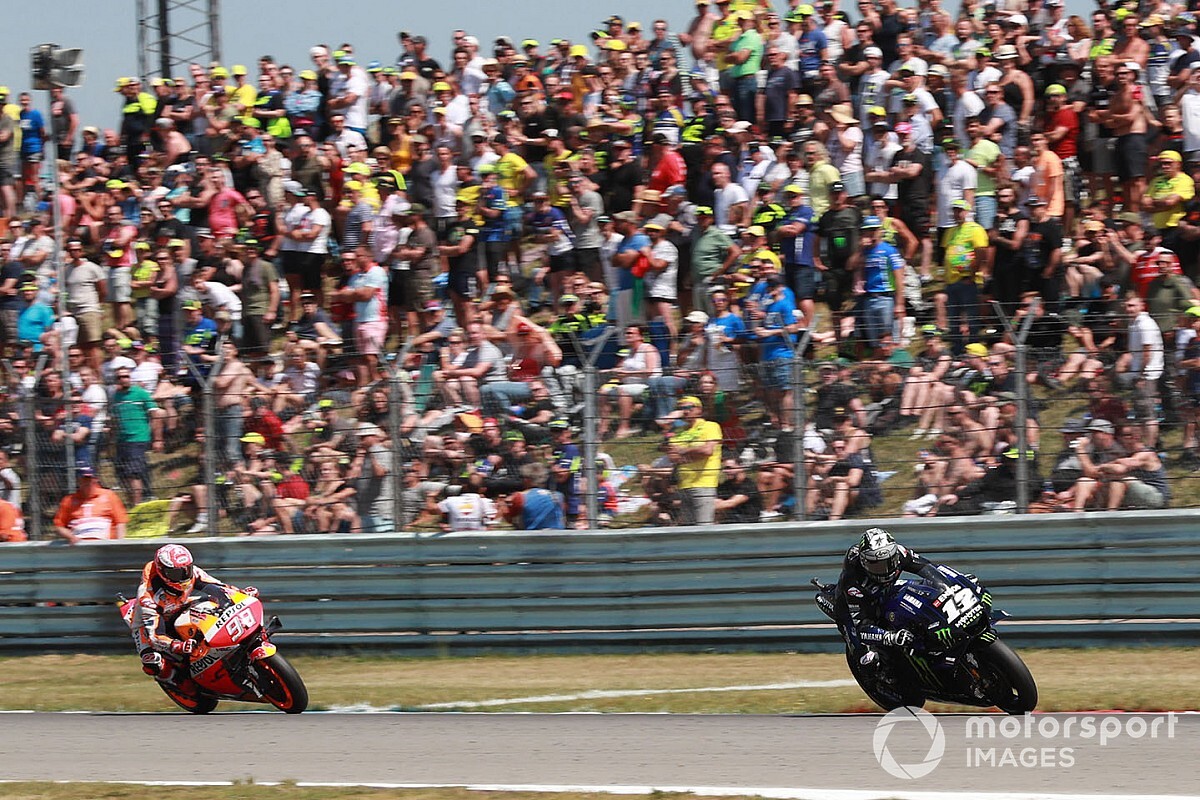 Assen has confirmed this year’s Dutch TT has been postponed, pushing back the start of the 2020 MotoGP season further.

The global coronavirus pandemic forced the opening round of the new campaign in Qatar to be cancelled back in March, with the following eight rounds in Thailand, America, Argentina, Spain, France, Italy, Barcelona and Germany all being postponed.

A recent extension on a ban on mass gatherings until the end of August in the Netherlands as part of continued measures to quell the spread of the virus put the Dutch TT – the de facto first race of the season on June 28 – under threat.

On Thursday, Assen confirmed in a statement that the 90th running of the Dutch TT would be postponed to the autumn or cancelled entirely.

“Unfortunately, the recent measures announced by the government mean that the 90th TT Assen will be postponed until the autumn or until next season,” the statement read.

“We are in discussions with [MotoGP] organiser Dorna Sports about this. Tickets that have already been purchased will remain valid.

“Of course, the TT Circuit Assen organisation is very disappointed, but despite that we do fully support the government’s decision. The health of the fans and all other parties involved is our highest priority."

The earliest the season can now start in theory is on July 12 for the inaugural race at the newly-built KymiRing, but Dorna CEO Carmelo Ezpeleta recently suggested the first Finnish Grand Prix since 1982 will not go ahead this year as the circuit cannot be approved amid the current crisis.

Ezpeleta has also said he would be “delighted” with a 10-round championship this year, and says the best-case scenario would be to begin in August with the Czech GP.