KTM MotoGP rider Pol Espargaro says he was "completely cooked" in the sweltering Jerez heat during the Andalusian Grand Prix, which he described as “the toughest race of my life”.

Temperatures for Sunday’s second round of the 2020 campaign touched 40 degrees Celsius, with the 60 degree track temperature making circuit conditions tricky as only 13 of the 21 runners finished.

Espargaro had to fight through from 12th on the grid after a crash in qualifying, but a mistake on lap one at the last corner meant he got stuck behind the Ducati of Danilo Petrucci and his brother Aleix on the Aprilia.

The KTM rider says he drained himself after just a handful of laps behind them due to the “amazing” heat from the bikes ahead.

After crossing the line in seventh, Espargaro said: “At the beginning of the race I was not too far from the top guys; actually, I was seeing them very close.

“But then I did a mistake trying to pass Petrucci, and Zarco and my brother overtook me. I was fighting with them for like four, five, six laps, trying to overtake them and I [drained] myself completely just by being behind my brother.

“I had an amazing heat around me and I couldn’t really manage and I had a feeling in the middle of the race that the heat was beating me.

“I saw [Andrea] Dovizioso [in sixth] was too far ahead, and a good gap between me and Alex [Marquez, behind], and I was managing to finish the race in the 1m37s.

“Also, there were many crashes around me: my brother crashed in front of me, also Petrucci. So I felt it was better to finish and take the points in this short championship.

"But definitely, it was the toughest race of my life for sure. I’ve actually never felt something so bad and something so hot as this race.

“I never felt this, in Malaysia or Thailand, the hands burning like here, never in my life. The first race [in Jerez] I could manage, this race after 14 laps [of 25] I was completely cooked."

Espargaro felt after Friday’s running that he could have fought for something “great” in the Andalusian GP, following a strong Spanish GP at Jerez, but admitted that he “paid” in the race for his mistake in qualifying that left him on the fourth row.

“In these conditions, when a factory bike takes six seconds [out of you] at the beginning, how do you recover it? And fighting, you waste yourself a little bit more than normal, but it was my fault. My fault was starting [on Saturday].

“I did a big mistake [on Saturday] and we paid today [in the race].”

Espargaro was the sole KTM rider at the finish, after teammate Brad Binder crashed out at Turn 13 on lap 13, while Tech 3’s Iker Lecuona also dropped out.

At the start, Binder collided with Tech 3's other rider Miguel Oliveira after being forced to sit up by Petrucci – though the latter disagreed with this point of view and felt the South African was “too optimistic” into the corner. 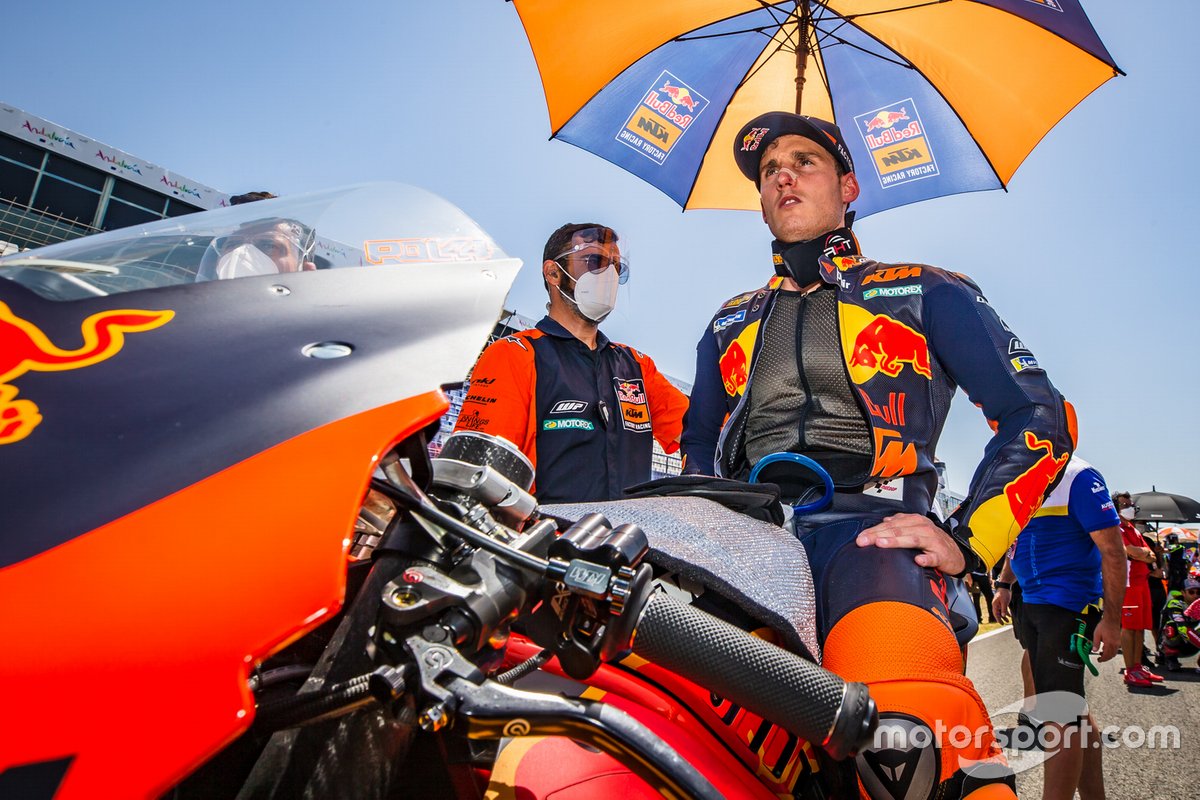