Espargaro gets up to speed quickest in Argentina MotoGP practice 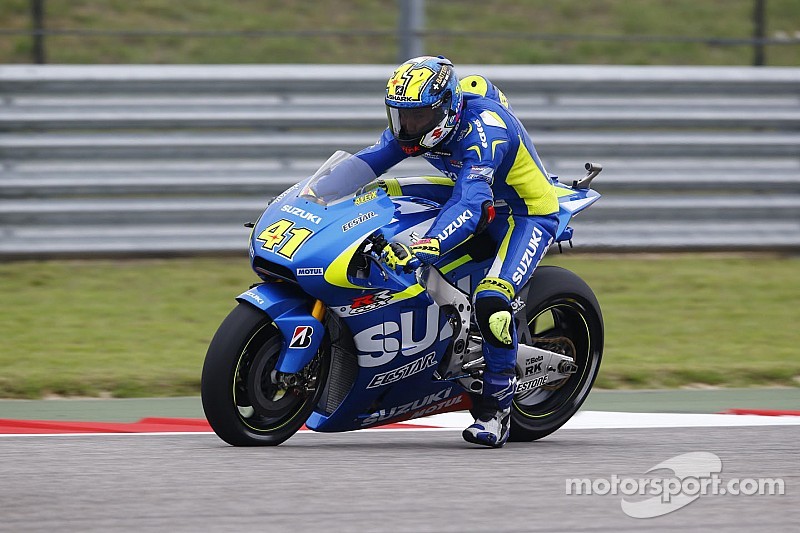 Suzuki's Aleix Espargaro was the rider quickest up to speed in Argentina, the Spaniard setting the fastest lap ahead of Iannone and Dovizioso in the slippery conditions.

Yonny Hernandez was also quickly up to speed, ending the session fourth fastest with a best time of 1m41.785s. The Pramac Ducati rider was followed by Scott Redding on the Marc VDS Honda, and the Open class Aspar machine of Nicky Hayden.

The second Suzuki, in the hands of Maverick Vinales, lies in seventh place on the timing sheets as the Spanish rookie impressed once again. Mike Di Meglio was also rapid aboard the Avintia Ducati in 8th, as was Jack Miller in ninth on the Open class LCR Honda.

With track conditions far from ideal, there were a number of riders left outside the top 10, preferring to wait for more rubber to be laid down - including championship leader Valentino Rossi in 14th and his factory Yamaha teammate Jorge Lorenzo in 20th. Austin winner Marc Marquez ended up 10th.