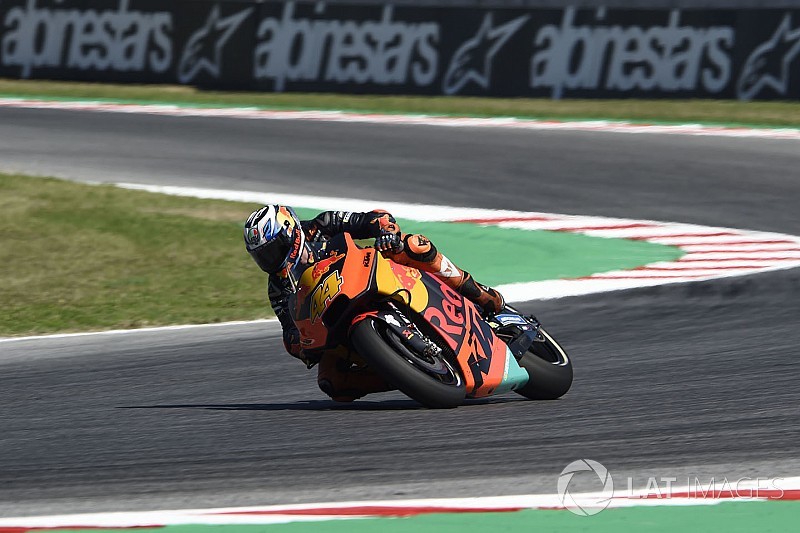 KTM MotoGP rider Pol Espargaro says he was “completely f***ed” on his comeback from injury in the San Marino Grand Prix at Misano.

Espargaro spent a month on the sidelines after breaking his left collarbone in a warm-up crash at Brno, and was not fully fit as he returned to competition at Misano.

He qualified 20th, four tenths down on teammate Bradley Smith, and was running in that same position in the race when he pulled into the pits to retire after 17 laps of 27.

“I am f***ed. I’m completely f***ed,” Espargaro said after the race. “The collarbone, the weakness on power.

“This arm is really weak, the triceps especially, the triceps are dead. Five weeks doing nothing with the arm tucked to the body.

“This sport is physical, especially in the conditions we had today, it was hot and it was too much for me, for my collarbone.

“During the weekend I couldn’t do more than five laps. I did more than 16 [in the race], the laptime was not good but I tried to be here, already it’s a good thing.

“For sure I need to come back in my physical condition, my riding style isn’t easy, it’s quite physical and when I cannot apply it perfectly I’m slow.”

The manufacturer lined up Loris Baz for the ultimately rained-out Silverstone race, and at Misano it would've run Randy de Puniet – who is riding the RC16 alongside Espargaro in the post-race private test – if the Spaniard was not fit.

Espargaro says it was he, rather than KTM, who was pushing for an expedited return.

“Normally the team wants that you stay at home until you recover,” Espargaro said. “We, the riders, decide to race as fast as possible because we need to be on the bike.

“It was the longest time I’ve been out of racing, and you feel it. It’s important for the riders to race.

“We, the riders, are the ones who push the teams to race - and the team, in this case KTM, wanted me to be healed and to be good, and for that I apologise to them. 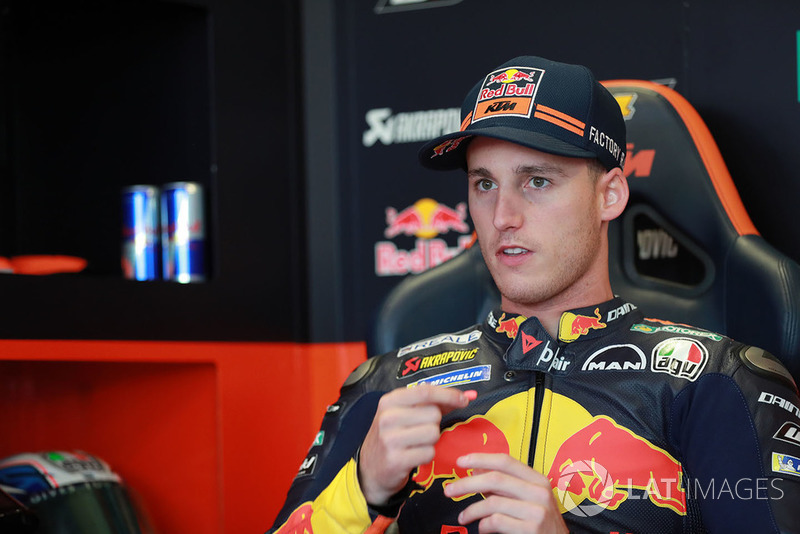