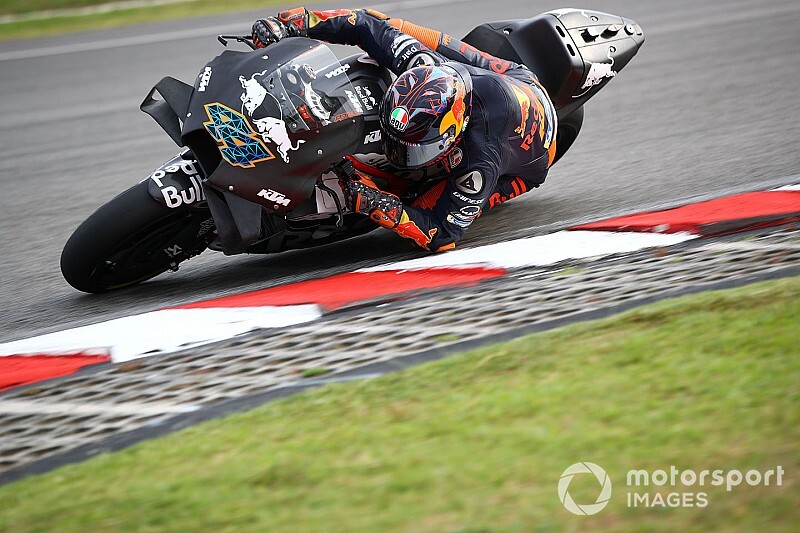 KTM MotoGP rider Pol Espargaro says he "couldn't have imagined" the 2020 version of the RC16 bike would be such a major step forward compared to its predecessor.

Espargaro, who bagged KTM's sole MotoGP podium so far in a wet Valencia finale in 2018, was firmly inside the top 10 on all three days of the recent pre-season test in Sepang, and ended up a quarter of a second off pace-setter Fabio Quartararo.

While he wouldn't commit to any predictions as to what would be possible this season, the RC16's performance at a track that hasn't favoured it in the past left Espargaro encouraged.

"The bike, it feels much better now," Espargaro said. "If you asked me before coming here that we will be where we are - not the position, because I don't care, but with the laptime on the race pace with 24 laps on the tyre - I would tell you that's not possible for KTM.

"But actually we are very good. Consistency is there, we are in the rhythm one of the fastest, or we are around them. It's amazing. I feel really surprised with the situation."

Though he decided against carrying out a proper race simulation, Espargaro said his pace was around 1m59.4s after 14 laps on the same tyre and stayed as high as 1m59.7s at full race distance, which he described as "very good".

"It's bigger than what I imagined, what I expected," he said of KTM's improvements, among which he highlighted a "big step" on the engine.

"You're always expecting something, you are dreaming, but this is getting real, and the bike is getting better and better."Here, that we normally struggle, we are good.

"And I'm just looking forward to be in Europe, in Jerez, where we are normally fast."

Marquez "more worried" by bike than by fitness