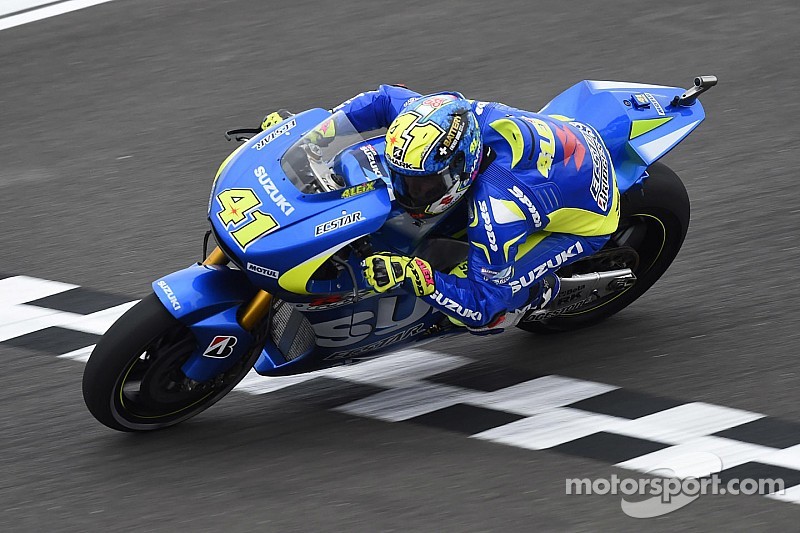 Aleix Espargaro once again lead the field in second practice at Termas de Rio Hondo aboard the works Suzuki, ahead of Ducati's Andrea Iannone and Honda's Marc Marquez.

After topping the morning session, Espargaro remained on top of the timesheets again, the Spaniard improving his lap time to 1m 38.776s.

Iannone finished in second place with a best lap of 1m 39.311s, while Marc Marquez leaped into third position with a best time of 1m 39.336 following a lacklustre opening session.

Cal Crutchlow finished in fourth place, the LCR Honda rider also improving on his pace up with a 1m39.403s, one place ahead of Andrea Dovizioso on the second factory Ducati.

Jorge Lorenzo improved by 14 places from FP1 to go sixth quickest thanks to improving track conditions, although rain flags were waved during the session. Tech 3 rider Pol Espargaro finished the day seventh place and 0.244s ahead of Marc VDS rider Scott Redding.

The final two positions in the top 10 were occupied by the second factory Yamaha of  Valentino Rossi, the Italian also making a major jump after a subdued FP1, while Pramac Ducati's Yonny Hernandez finished just 0.141s off Rossi in 10th.

Espargaro gets up to speed quickest in Argentina MotoGP practice

Marquez back on top in Argentina MotoGP FP3