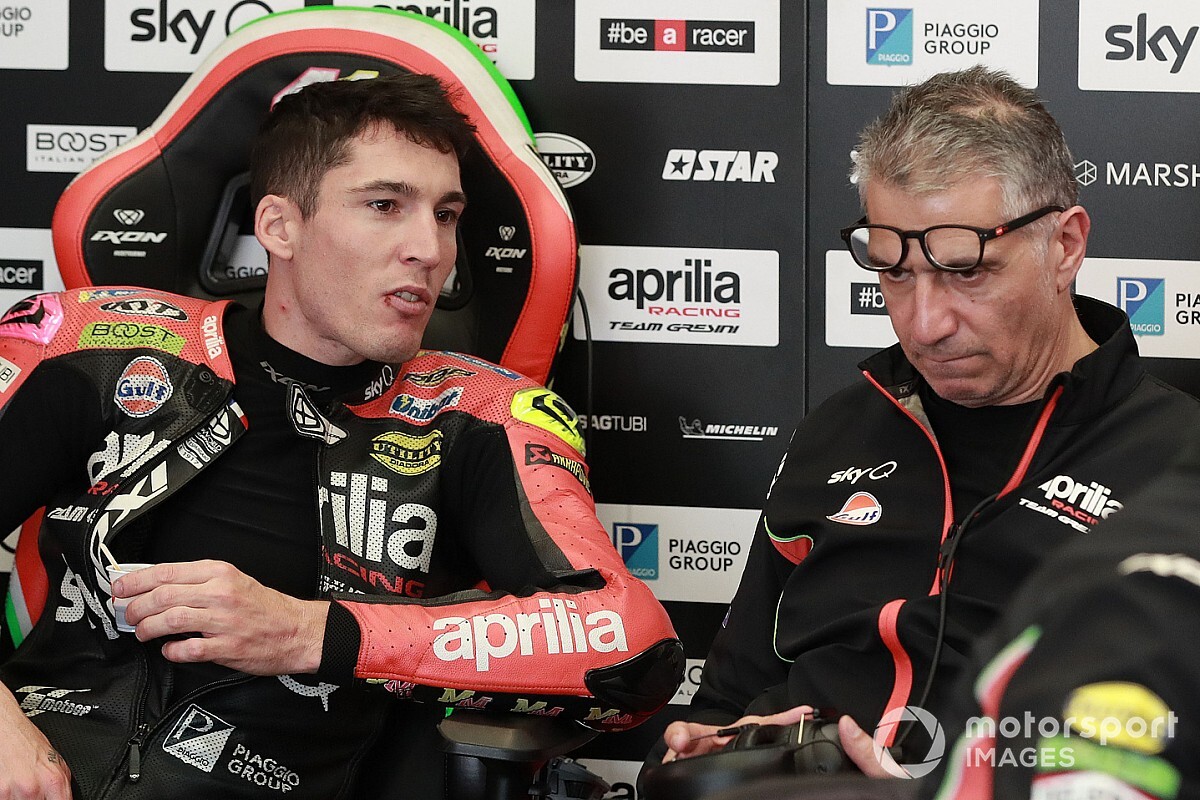 Aleix Espargaro has revealed he is "really close" to finalising a deal to remain with the Aprilia MotoGP team in 2021 and beyond, admitting that such a contract would likely be his last before retirement.

Espargaro has often been critical of the Gresini-run Aprilia squad since coming on board in 2017, having achieved only a best finish of sixth in three seasons and a best championship placement of 14th.

His current contract was due to expire at the end of this year, but said that his positive experience of Aprilia's radically-revised 2020 bike in pre-season testing in February had convinced him to stay at the team.

The 30-year-old also hinted a new agreement with the Italian marque could be longer than two years, but suggested he would likely bow out of MotoGP upon its conclusion.

"The most important thing is that I finished the pre-season with a very good taste in my mouth," Espargaro told Motorsport.com. "The changes I've been waiting for for the last three years came in two tests and I ended up very happy.

"The talks had stalled until a couple of weeks ago, but we are really close to reaching an agreement.

"I am very happy with Aprilia, I don't have many years left in my career and I have always said that my biggest wish is that the bike works and that I can retire from this team. I am sure that if I renew for Aprilia, it will be my last contract.

"I don't know if it will be two years or more, but if the project convinces me and I like it, I will finish my career here.

"I trust and wish that the technical project will continue to grow from now on and in the future, and if that is the case I would like very much to continue to be the leader of this team."

Espargaro has been partnered by three different teammates in his Aprilia tenure so far, and could end up with a fourth different partner next year depending on whether current Andrea Iannone is able to get his 18-month doping ban overturned.

Although Aprilia is known to be keen on retaining Iannone if possible, but Danilo Petrucci has also been linked to a potential switch to Aprilia if he is not retained by Ducati, as seems likely.

Espargaro admitted he felt sorry that Ducati had elected to promote Jack Miller to a factory seat at Petrucci's potential expense based on the pair's results last year.

"I know that Aprilia want me and Andrea to continue and keep both riders, but I know there is a bit of a mess with all this," said the Spaniard.

"What I feel bad about is how Danilo has been treated. Not only did he win a race, but he made the same points as Miller in 2019, and now it seems that Jack Miller is the new Casey Stoner and that Danilo is no good, when last year with the same bike they made the same points.

"In the end time puts everyone in their place, maybe Jack will get on the official bike and do very well, he is young and talented. We will see if Ducati will do well."