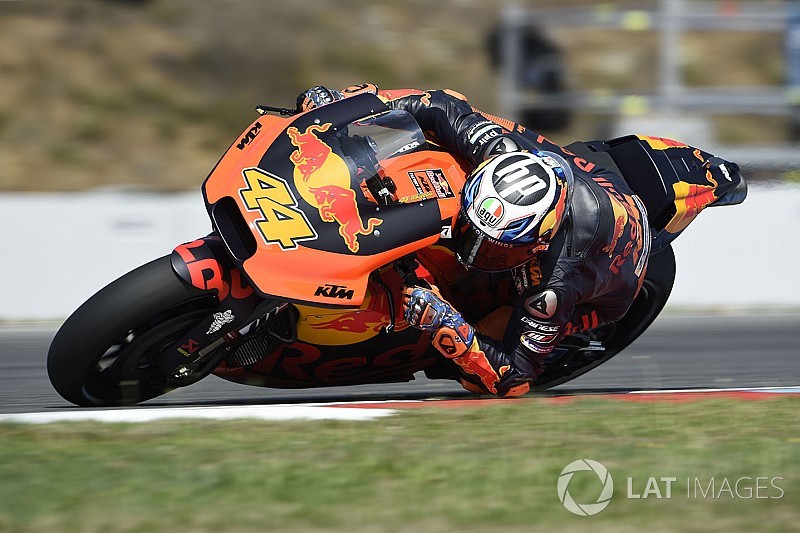 Pol Espargaro has been forced to withdraw from MotoGP's Czech Grand Prix after he suffered a broken collarbone in a warm-up crash.

Espargaro fell at Turn 3 during the final minute of the 20-minute warm-up session on Sunday morning.

He was taken to the medical centre and subsequently was hospitalised, the KTM rider diagnosed with a broken left collarbone.

The Spaniard will not take part in the Czech Grand Prix as a result, which he was set to start from 19th position.

This leaves Bradley Smith as the only rider for KTM for the race, the Briton lining up 15th on the grid.

Espargaro is also at risk of missing Monday's post-race test, as well KTM's home race at the Red Bull Ring next week.

It is the second major incident for KTM in as many race weekends, as the Austrian manufacturer's test rider Mika Kallio injured his right knee at the Sachsenring and is set to be out of action for several months.

Mexico could join MotoGP calendar in 2019