Pol Espargaro says Johann Zarco could have avoided the contact which took him out of the MotoGP Czech Grand Prix, but says the Avintia rider “didn’t want” to.

The KTM rider endured an unlucky weekend at Brno, with a yellow flag infringement – which he protested, but to no avail – robbing him of a front-row start in qualifying, and the collision with Zarco on lap 10 ruling him out of potentially taking KTM's first-ever victory.

Espargaro says the collision was a "win-win" for Zarco, because it moved him into podium contention, which he was able to hold onto owing to the long lap penalty at Brno being "a joke".

"The crash was as you saw," Espargaro said. "I was just leaning [into Turn 1], he could have avoided contact, he didn't want to, he gave throttle and he took me away from the line.

"It was win-win [for him]: he took me out and he just do a long lap penalty, which in this track it's a joke. And he got the podium.

"So, imagine, he took me out of the way, I was the one guy in front of him, so he would not be in the podium. I don't want to talk so much about it because I'm hot now."

Zarco served his long lap penalty on lap 14 of 21, and managed to hold onto third place despite dropping back into the clutches of Fabio Quartararo.

The Avintia rider believes his punishment was fair, and expected Espargaro to have seen him at the corner after he ran out wide.

"About my penalty with Pol, I think it's fair anyway with the rules we have," Zarco said.

"But I would see, he went wide and I tried to come in because there was space, and I think I came in quite well, thinking he was going to see me. But when we had the contact it seems he did not see me.

"But in the race, you have to try things and you don't have all the time a big margin to overtake.

"He's always braking very strong and coming hard into the corner. So he's not easy to overtake on the brakes. But that's also why he went wide in that corner."

Ducati was furious with Race Direction's decision to impose a long lap penalty on Zarco, believing the fault for the contact lay fully at Espargaro's door for running wide.

"It was totally the wrong decision from race direction from our opinion, because Pol Espargaro made a mistake," Ducati boss Paolo Ciabatti said.

"He knew, for the first corner after the riders go through the start/finish line and they see a pitboard, so he knew Zarco was zero seconds behind him, and he made a mistake, eventually went wide and Zarco just went inside, his normal line.

"If a rider goes wide and has to come back to the normal line, he should look because he's not alone on track, and Espargaro knew it because he saw the pit board for sure.

"So, we cannot what was the mistake from Zarco, he was in his line, on the inside, could not brake because he was leaning a lot." 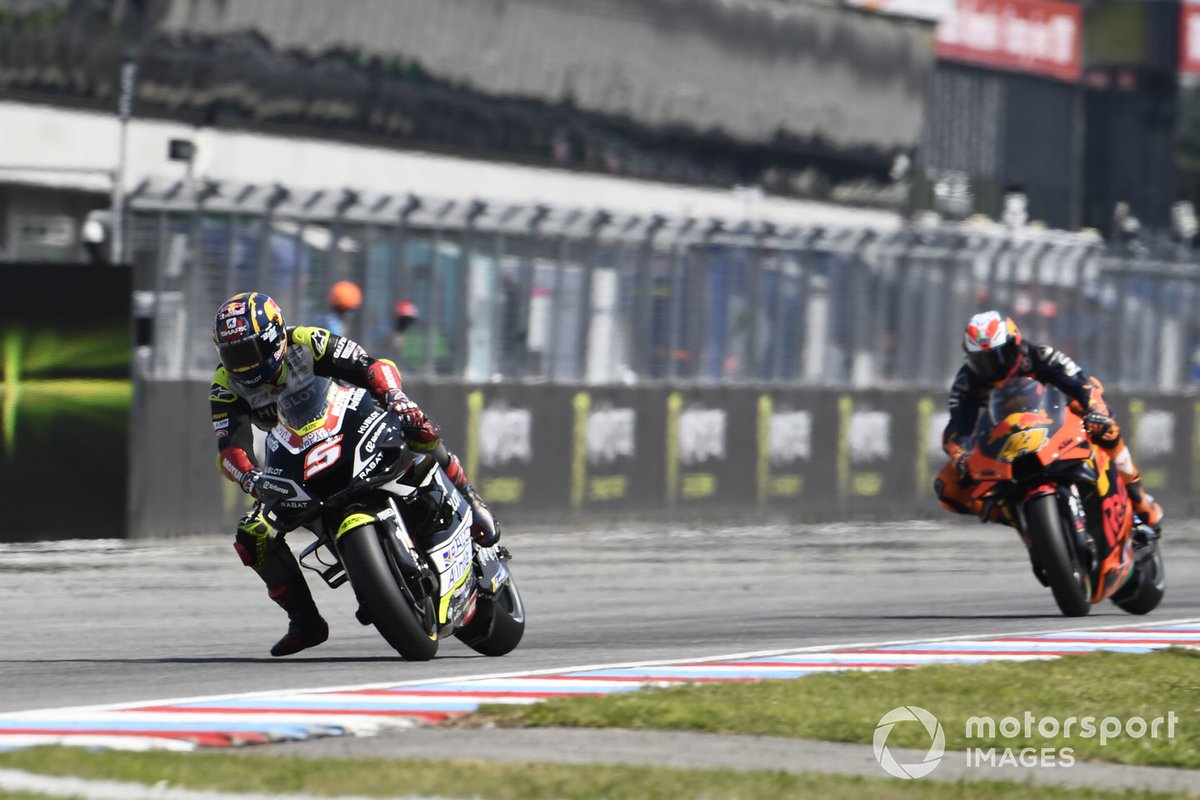