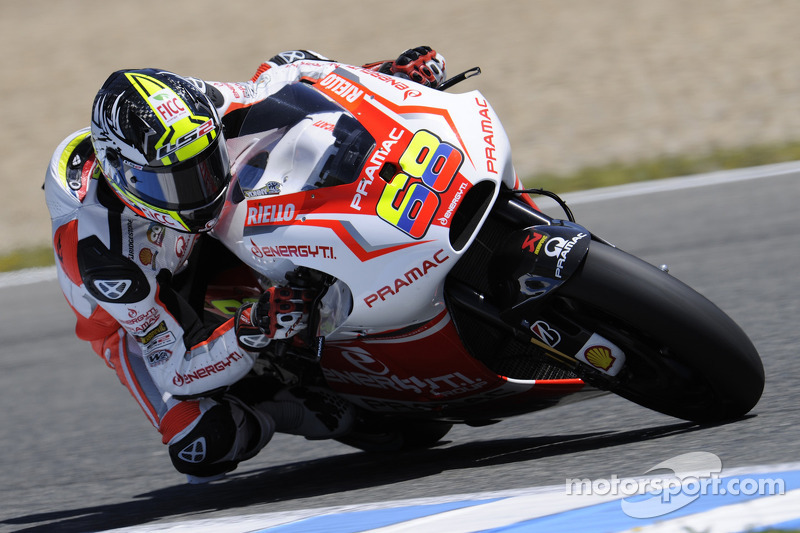 A special Saturday for the Colombian rider Yonny Hernandez, who gained for the first time in his career direct access to the QP2.

Another day of scorching heat and a lot of fans a frame this special Saturday for the Colombian rider Yonny Hernandez, who gained for the first time in his career direct access to the QP2. Andrea Iannone had a harder time finding the right set-up despite the efforts of the team.

The rising temperatures did not help Andrea solve the problem of the grip on his GP14. Since the first morning session he had a hard time riding the motorcycle when cornering and even harder in fast direction changes. Andrea, who was forced to work hard, was not able to get direct access to the second qualifying session. he tackled the fifteen minutes of QP1 conquering access to the QP2. With only one good tire left for qualifying, the twenty-four did not pull off the front rows finishing in eleventh position for tomorrows starting grid.

An amazing FP3 allows Yonny to place his Desmosedici in eighth position ahead of his fellow Ducati rider gaining direct access in QP2 for the first time. The EnergyT.I. rider remains focused and determined and in QP2 puts down the best performance of his career in qualifying with a lap time of 1'41"671, earning the ninth position. He will start from the third row in tomorrow race.

Andrea Iannone (Pramac Racing): "Today was a difficult day, we were not able to find the solution of the problem. unfortunately I was not able to enter directly into QP2, and because of this, we had a tire in less for qualifying to and this penalized me a bit. I'm quite confident for tomorrow, there are riders in front of me who have a slower pace than mine. Tommorow will be a difficult day; I do not think we can find a solution to the problem but I will do my best to bring home valuable points for the championship. "

Yonny Hernandez (EnergyT.I. Pramac Racing): "I'm really pleased with the results of these two days. We managed to stay consistently in the top ten throughout the weekend. The results we are getting are the thanks to work that begun earlier in the season and now I’m able to ride with more experienced riders is a great outcome for me and my team. I want to thank the whole team, in particular, Francesco and Giacomo for putting in my hands a more competitive bike. After all the work done in these days I hope to finish the race in a good position. "

Strong qualifying from Scott in Barcelona